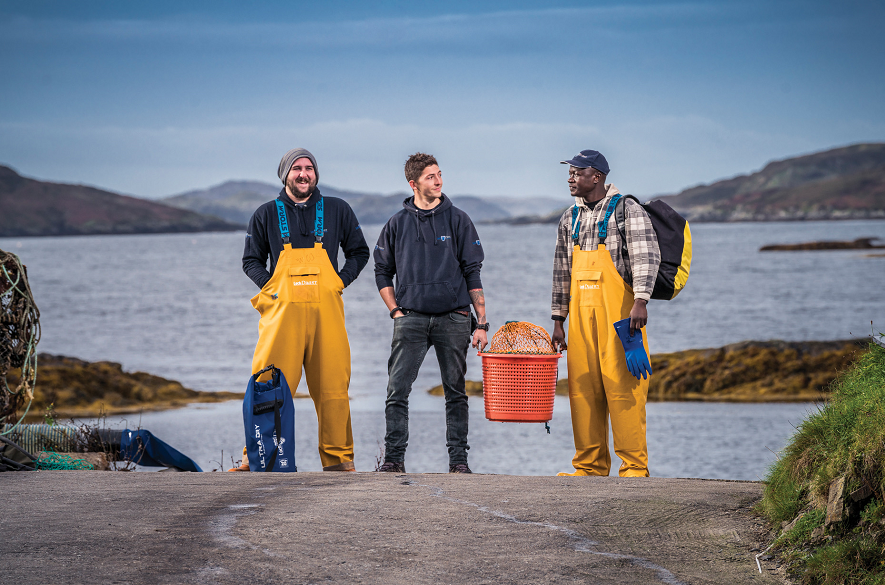 Loch Duart Limited, the independent salmon farming company based in Sutherland and the Hebrides, has filed its accounts for the 12 months ended 31st March 2017.

The 2015/16 accounts had been impacted by a jelly fish attack on the company’s Hebridean stock which affected both revenues and profits for that and the prior year. This was not repeated in 2016/17 and the success of the year meant that around £3/4 million in bonus payments was shared with all staff.

“Loch Duart is a relatively small player on the salmon farming stage but we contribute significantly to the remote, rural communities in which we operate.  The hard graft of our staff members is turning around the fortunes of this proud, world class company. We properly acknowledged their fantastic efforts by sharing around £3/4 million in bonus payments with all staff.  It’s terrific that the benefits of producing this wonderful food flow through to the beautiful, rural locations where we work.

Salmon farming at sea is a capital-intensive business and the company’s 2016/17 performance has enabled it to re-invest £2.9M in the business during the year and a similar level of investment is planned for 2017-18.  Loch Duart is also investing heavily in its non-medicinal management and maintenance of fish health.

Headcount increased to 109 at 31st March 2017 (31st March 2016: 103) and has subsequently increased to 115.  Through this investment in people, Loch Duart recognises that its reputation for innovation and excellence relies on hiring the best minds to support the ongoing growth of the business.