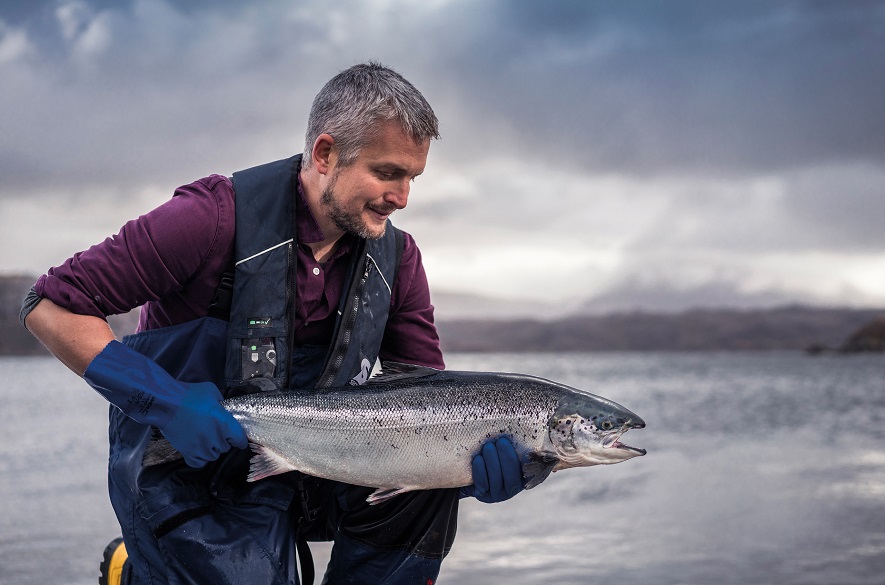 Independent Scottish salmon farming business, Loch Duart, which is based in Sutherland and the Uists, has been named ‘Exporter of the Year’ at the 2019 Made in Scotland Awards.

“We are so proud that Loch Duart has been named Exporter of the Year at the Insider Made in Scotland Awards. We’re a small company with big ambitions and this is a success we share with our loyal customers around the world. From our amazing team at the farms in Sutherland and the Uists to the staff at our all offices in Scotland and France, we work hard to ensure that our customers get the Loch Duart salmon they love on to the menus of restaurants and hotels across the globe. Thanks to everyone that helped us win this award.”

The award reflects the success of Loch Duart’s scale and reputation, with around 70% of their salmon being exported to over 20 countries, and is particularly significant as the business celebrates its twentieth year of farming salmon in 2019. Loch Duart has demonstrated outstanding export growth, with export sales increasing by 68% over the last two financial years to an all-time high for the business.

In conjunction with the University of Strathclyde’s Advanced Forming Research Centre, The Scottish Business Insider Awards, were hosted by Fred MacAuley at the Glasgow Science Centre.