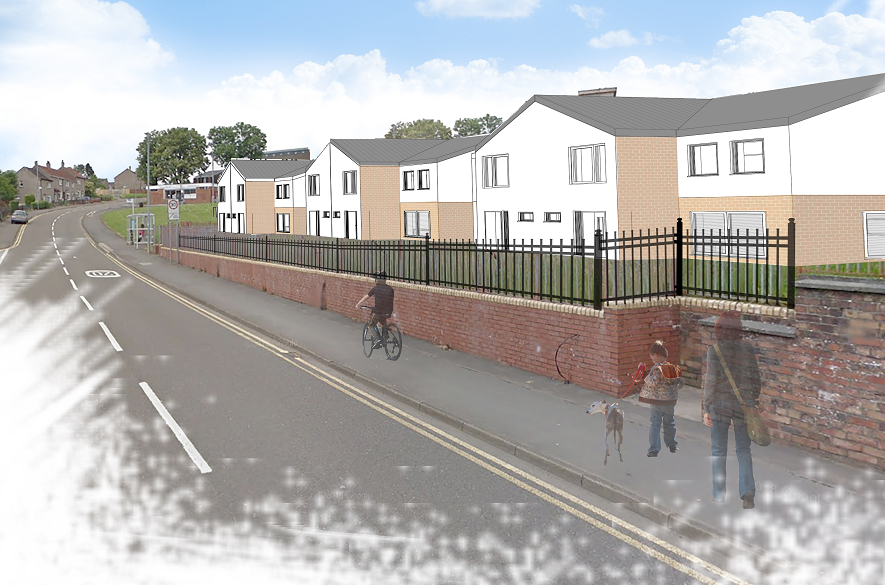 The initial phase of a public consultation on proposals for the £30m regeneration of the Bellsmyre area of Dumbarton has revealed overwhelming support for the plans, with 97% of all respondents declaring their approval of the scheme.

Bellsmyre Housing Association and its parent organisation, Caledonia Housing Association, launched the four week consultation on 5th March, 2019 following the unveiling of their ambitious plans to build more than 180 new, affordable, two-storey homes to replace 225 traditional flats in the Bellsmyre neighbourhood of Dumbarton.

97% of tenants endorsed the plans and provided helpful feedback on their individual needs and aspirations, as well as what house types and design they would like to see in the neighbourhood.

As part of the consultation, the residents were advised that significant structural change for Bellsmyre Housing Association would be required to enable the proposals to proceed in their entirety. A separate consultation will take place with Bellsmyre tenants and owners on the effect of this change.

The total cost of the regeneration project will be in the region of £30m and will be funded through a combination of public and private funding raised by Caledonia Housing Association.

“The people of Bellsmyre who participated in this consultation have demonstrated their clear support for our plans which would transform the Bellsmyre neighbourhood and we are fully committed to turning these proposals into reality.

“We are also committed to listening to local people and we will do that through the establishment of a residents’ forum. I am hugely encouraged in the number of residents who have said they want to take part. This will inform the next stage of the regeneration process and ensure wherever possible that the regeneration that local people want is what they get.”

The final regeneration proposals will be announced to the Bellsmyre community in June.