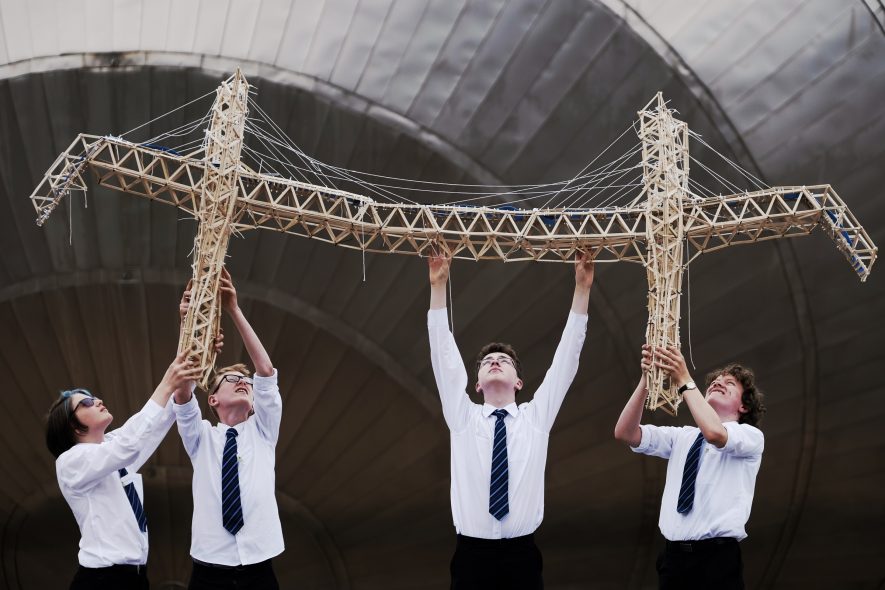 The day featured primary and secondary schools, from as far afield as Shetland and the Borders, competing for a range of great prizes including the hotly contended Club of the Year 2016 titles which were won by Alness Academy, Highland and Sir E Scott Primary, Isle of Harris. Other prize winners included Dyce Academy and Port Ellen Primary for the STEM Challenge awards. 2016 saw the first ever Go Forth! civil engineering bridge-building challenge award, in partnership with Morrison Construction, which were won by Wallace Hall Academy, Dumfries and Newburgh Primary School, Fife.

Schools from across the country showcased their projects and enjoyed a series of fun 3 minute STEM (science, technology, engineering and maths) challenges set by 20 companies. The event partner companies are Lloyd’s Register EMEA, OPITO and Skills Development Scotland. The event also hosts the finals of the Junior Saltire Awards, Heather’s Hut and 3D Design Challenge competitions.

The awards were presented by Jamie Hepburn MSP, Minister for Employability and Training who said: “The Celebration is a true testament to the hard work and passion of the club leaders and of Young Engineers and Science Clubs Scotland to spark the young people’s interest not only in STEM subjects but in seeing the exciting career potential these subjects offer. The hard work that they put in now can only serve to raise the profile of Scotland as a rich and diverse country that continually strives to be innovative and set world-class standards.”

Jane Martin, Programme Director for YESC said: “The standard was extremely high this year. Schools have been working hard to push the boundaries and display their innovative thinking in a wide range of projects and competitions.

“The attendance for this year’s Celebration was fantastic – an indication of the dedication and passion of the club leaders and of course the pupils themselves. YESC continues to be a leading source of inspiration to support young people’s interest in STEM subjects at a grassroots level.”

YESC is a programme run by the Scottish Council for Development and Industry (SCDI), Scotland’s leading independent economic development network.