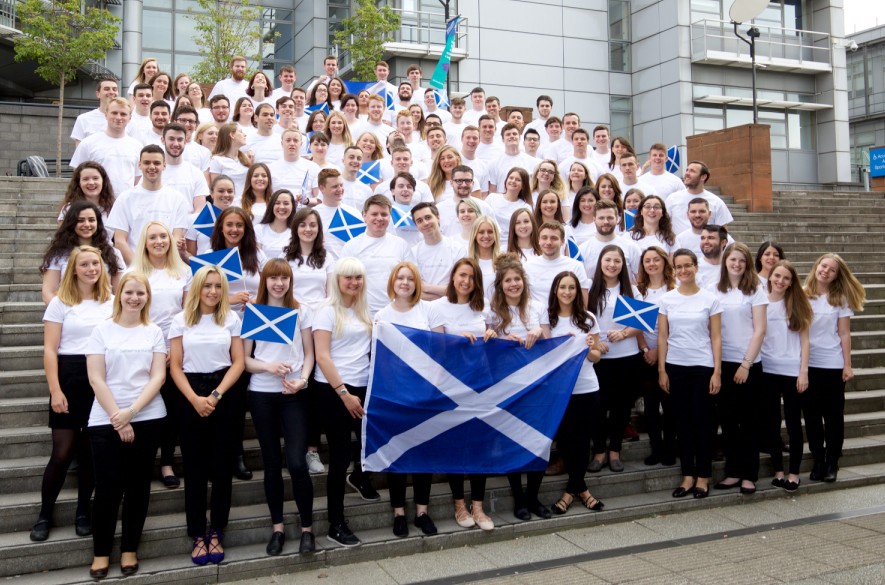 This year 59 host companies will host Scholars in key sectors including: education, energy, engineering, fashion, financial services, food & drink, life sciences, manufacturing, technology transport and a number of not for profit organisations. Saltire Scholarships provide Scotland’s most talented prospects with the opportunity to work with leading organisations and work alongside global thought leaders and entrepreneurs.

Host company highlights include: pharma giant, GSK, taking 12 interns – bringing their total number of Saltire Scholars to an impressive overall total of 50 students; Calvin Klein and Michael Kors are taking interns in New York; Jabil will be taking 12 interns across five of their sites worldwide; and Classrooms for Malawi, led by a previous Saltire Fellow, will take their first intern who will spend time in both Scotland and Malawi.

Scotland’s leading internship programme continues to display year on year growth. The total number of applicants for 2016 set a new record of 142 entrants, up from 137 in 2015. The 2016 cohort has students representing all 17 of Scotland’s Universities and is 52% female and 48% male.

Saltire Scholarships are open to undergraduate students from Scottish Universities in their penultimate year of study and are fully funded through supporters and donors of the Saltire Foundation charity which aims to the next generation of business leaders.

Eilidh Dillon, Operations Support Manager at GSK, said: “I host Saltire interns in GSK as they inject a level of energy into the business that can’t be matched and ultimately, the interns are a great source of future talent.  Their passion to develop themselves and enthusiasm to learn is why we are proud to host our 50th Scholar this year and why so many of the interns now have permanent jobs in GSK.”