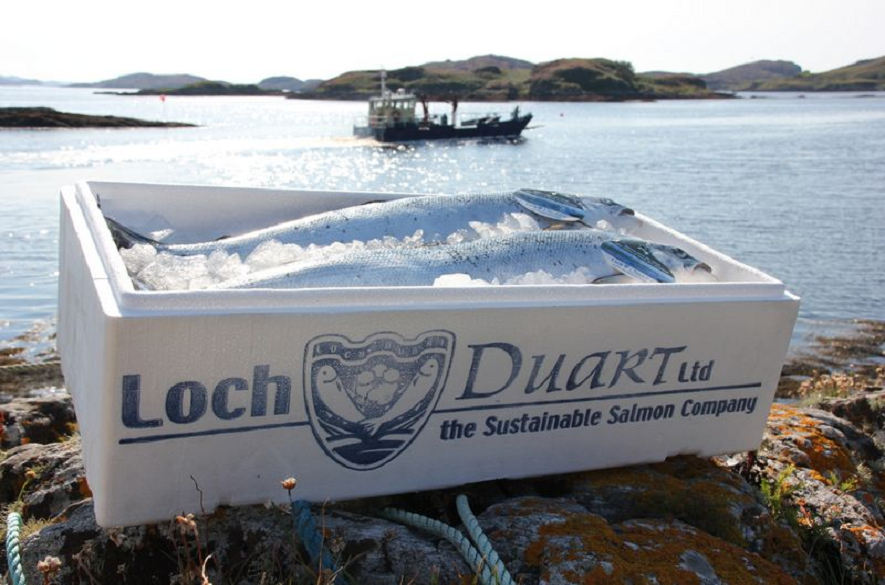 Loch Duart working with regulators for sustainable wrasse use

By the end of 2017, Loch Duart had the lowest historical lice counts on all sites, even during ‘peak lice’ periods of warmer water.  Loch Duart reduced treatments significantly and saw thriving salmon growth on all sites.

Loch Duart, the independent salmon farming company based in Sutherland and the Hebrides, has also been praised by Inshore Fisheries and Conservation Authorities in England for their conservative approach to sourcing wrasse for the use as cleaner fish.

The south coast of England in 2016 provided Loch Duart with a prime source of high quality ballan wrasse (Labrus bergylta) and turned the company’s sea lice (Lepeophtheirus salmonis) position around within the space of a year.

Loch Duart representatives met with IFCA officials (Inshore Fisheries and Conservation Authority) in December 2017. It was strongly agreed that regulation and close monitoring of the fishery is required and led by Loch Duart, as an example of best practice.

Loch Duart plans having “the first medicinal free year” for the control of sea lice and will be developing wrasse husbandry skills to achieve this.

“When fishermen started catching wild wrasse for Loch Duart in 2016 the fishery was basically open to anyone. The risk of the fishery being over exploited was high even in these wrasse rich locations. Loch Duart found that the key regulatory and advisory bodies developed innovative management measures which were nothing short of outstanding.

“Loch Duart and the rest of the industry is making the transition from wild caught wrasse to farmed wrasse.  Meanwhile Loch Duart will continue to work closely with authorities including Southern IFCA, Cornwall IFCA , Natural England and Cefas (The Centre for Environment, Fisheries and Aquaculture Science), using their knowledge and experience to protect the fisheries and allow sustainable use of wild wrasse by aquaculture.”

“Cornwall IFCA officers have been very pleased that Loch Duart appears to be using the best available scientific evidence to ensure that they are sourcing cleaner fish responsibly. While their ongoing research has enabled them to minimise the numbers of fish they require from the wild capture fishery, they have also adopted fishery guidance set out by the south coast IFCAs where the fishery is carried out and have implemented voluntary measures based on the guidance that will contribute to the sustainability of the fishery.”

Key learnings relating to Wrasse use: