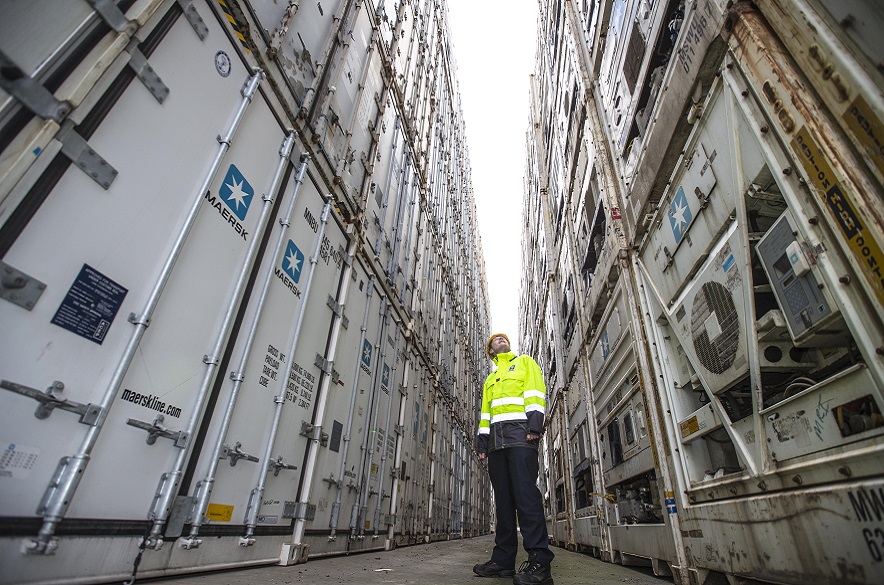 The Port of Grangemouth, Scotland’s largest container facility has enjoyed one of its busiest seasons, with over 50,000 TEUs (Twenty Foot Equivalent Units) being handled at the port in the last two months. This four-year high is the result of a buoyant fresh food export season utilising the port’s refrigerated container handling capability which has set Grangemouth on track for record breaking volumes this quarter.

In October and November, the port recorded a 30% increase on refrigerated container volumes (known as ‘reefers’ *) year on year and during November alone, the port handled a record 1400 reefers. The bulk of these reefers are being used for the export of Scottish potato seed from farms across Scotland to far flung places around the world including Egypt, Saudi Arabia, Turkey and Morocco. This year sees the potato seed travelling to new countries from Grangemouth, via Rotterdam, to Thailand, China and Namibia.

In 2015 the port’s owner, Forth Ports, invested in extending the electricity supply infrastructure for specialist reefer power supply points due to an increase in customer demand, principally from Scotland’s fresh food exporters, created by a significantly longer season for the shipping of such produce as potatoes, cheese, fish and seafood to markets across the world.

Derek Knox, Grangemouth’s Port Manager, said: “Scotland has a strong reputation right across the world for the quality of our fresh produce and this has resulted in increasing demand for reefer capacity at our port in Grangemouth. This year, we have seen potato seed in particular enjoying a bumper season with Scottish farmers exporting their crop globally resulting in our port’s busiest quarter ever.

Between October and November we are 30% up on reefer volumes year on year. This is good for the Scottish economy, good for the farming sector and good for business and we’re committed to supporting this growth through our investments in infrastructure and equipment at the Port of Grangemouth.”

* Refrigerated containers – known as “reefers” – require power immediately upon arrival at the port to keep their contents fresh until either being loaded onto vessels for export or collection by haulage firms for delivery across Scotland.