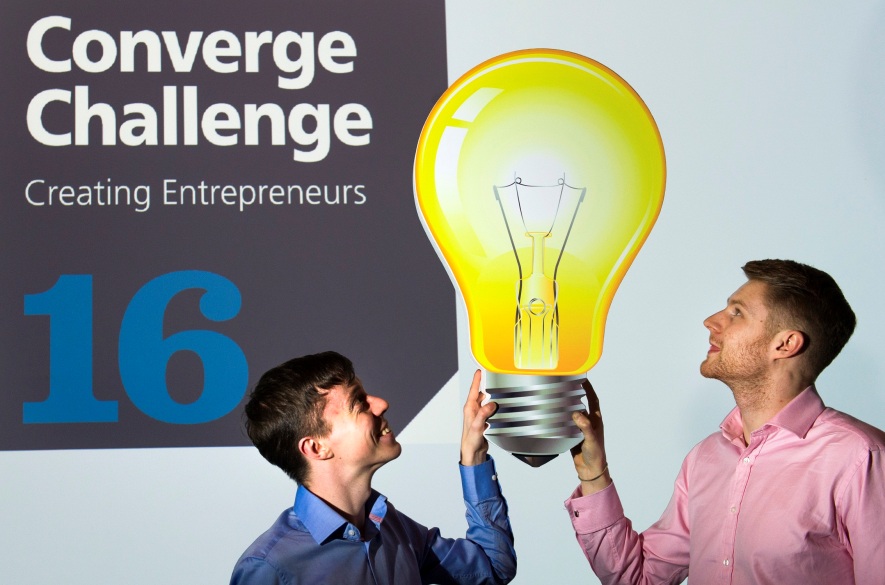 • Applicants from all of Scotland’s 17 universities
• Total number of applications up by 14%
• Recent graduate applications increase by 400%
• KickStart: for early stage ideas increased by 34%
• Growth in applications from the following sectors: Life Sciences, Technology, Food & Drink and Tourism

For the first time since Converge Challenge was established all 17 higher education universities in Scotland have submitted applications for the country’s leading company creation competition and start up development programme. Converge Challenge is open to students, graduates and staff from universities and research institutes in Scotland aimed at creating the next generation of entrepreneurs.

In addition to broader participation, Scotland’s leading academic initiative has continued its year on year growth. The total number of applicants for 2016 set a new record of 212 entrants up, from 186 in 2015 (a 14% increase). The biggest growth in applicants came from recent graduates from 8 in 2015 to 40 in 2016 (a 400% increase) demonstrating alumni engagement from Universities.

The premier company creation competition has three core categories: Converge Challenge: for those with an established idea; KickStart: for early stage ideas; and Social Enterprise: for ideas that will have a positive impact on social and environmental issues. The KickStart category had the largest increase in entrants from 52 in 2015 to 70 in 2016 (a 34% increase) signalling that Scotland has a thriving entrepreneurial community within Scottish Universities.

The applicants from every university in Scotland must now wait to hear whether they have been selected to be in the top 60 that go through the next stage.
If successful, ‘Converge Challengers’ will participate in entrepreneurial training and development at RBS Gogarburn before taking to the stage to present their elevator pitches to the expert panel of judges on the 2 June, 2016.

This year, Converge Challenge has increased its total prize fund to £150,000 through cash prizes and a broad range of expert support and training provided through partners and sponsors including RBS, Mazars and Badenoch & Clark. This year also sees a special call for a cash prize of £10,000 for a Design and Creativity Award in celebration of Scotland’s Year of Innovation, Architecture and Design.

The winners of each of the three categories will be announced at an awards ceremony at the Assembly Rooms, Edinburgh in September.

“It’s fantastic that we have participation from every university in Scotland. In our sixth year we are more ambitious than ever and we are determined to keep innovating the programme to encourage even more entrepreneurial behaviors from across Scotland’s University sector.

“We are delighted to see year on year growth across all of our award categories. We are also seeing that 60% of Social Enterprise entrants are undergraduate/postgraduates demonstrating that the younger generation is increasingly becoming socially aware. Finally we saw growth in the Life Sciences, Technology, Food & Drink and Tourism sectors that is line with Scottish Government priorities.”

“I have watched Converge Challenge grow over the past four years with awe. It offers ongoing support to aspiring entrepreneurs as well as vital funding towards their enterprise. Today’s results showcases that Scotland has a thriving entrepreneurial community within Scottish Universities.

“The Scottish Funding Council is glad to work with Scotland’s Universities to offer this opportunity to students and academics so that they can go on to build successful businesses in Scotland.”

“Converge Challenge provides access to much needed pre-seed capital as well as introductions to a strong and varied network of other entrepreneurs and scientists.

“snap40 is now a leading healthcare technology business with global growth potential. We are delighted that Converge Challenge has been a part of our journey.”

The top 30 shortlist for each category will be announced on Friday 13 May, 2016.