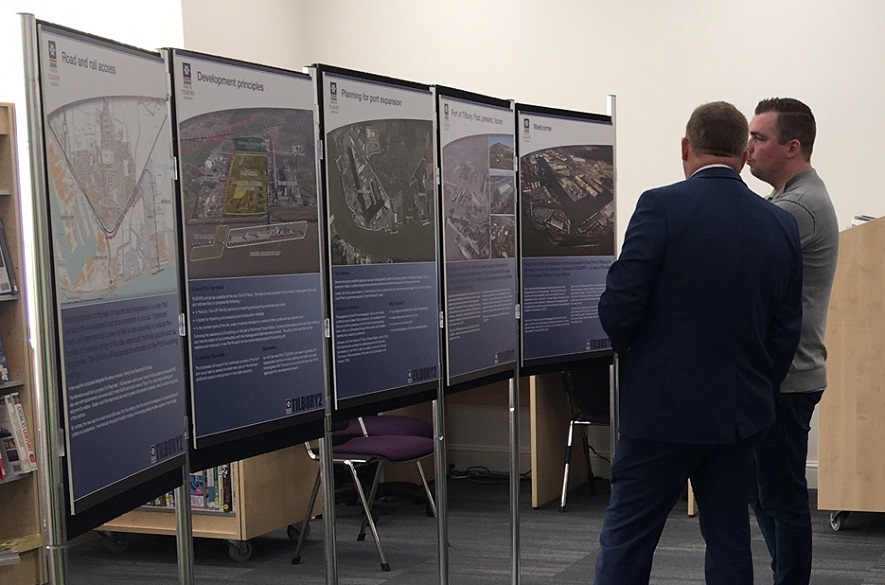 The Port of Tilbury, London’s major port, has completed its preliminary community consultation events this month which sought views on its proposals to build a new port terminal adjacent to the current port. The proposed new port terminal, known as Tilbury2, is planned to be built on a 51 hectare site which was part of the former Tilbury Power Station and will include a new deep water jetty.

The five community consultation events took place during March at locations and dates across the area and attracted over 400 people who shared their views on the proposals. This was part of the first stage of seeking views from the community, through a preliminary consultation process.  The consultation continues until 21 April with the opportunity for anyone to express their thoughts and feedback through an online survey or by emailing the T2 team (go to www.tilbury2.co.uk). Following the completion of this stage of the process, the port will further develop the scheme in light of the feedback received during the pre-planning consultation process, before undertaking a statutory/formal consultation during this summer.

Commenting on the events, Peter Ward, Commercial Director at the Port of Tilbury said: “We have been encouraged by the level of engagement from the community to our proposals for a new port in Tilbury, which will help us to continue to grow and bring economic benefit and jobs to the area. I want to thank everyone for taking the time to complete our online survey and also to those who came along to the events to share their thoughts, concerns and ideas with us. There is still time to get involved in this stage of the process through the online survey or by writing to us directly via the website before 21 April.

Over the summer we will be further developing the scheme in light of the feedback received during the preliminary consultation process then we will undertake the statutory/formal consultations on the detail for our ambitious plan. During that period there will be a further opportunity for the community to engage with the process to help shape the project before a formal application for a development consent order (DCO) is made later this year.”

The proposed terminal at Tilbury2 will act as a satellite of the main port and it is proposed that it will comprise a roll on/roll off ferry terminal for importing and exporting containers and trailers. Tilbury2 is also likely to include a facility for importing and processing bulk construction materials as well as storage of a variety of goods, including cars. It is anticipated that an application for a development consent order to permit the new port terminal will be submitted to the Planning Inspectorate (acting on behalf of the Department for Transport) in late 2017.

If you have any opinion on the expansion proposals please contact The Port of Tilbury by email at T2consultation@potll.com by 21 April 2017 or write to TILBURY2 Project, Port of Tilbury, Leslie Ford House, Tilbury RM18 7EH. More information can be found at www.tilbury2.co.uk