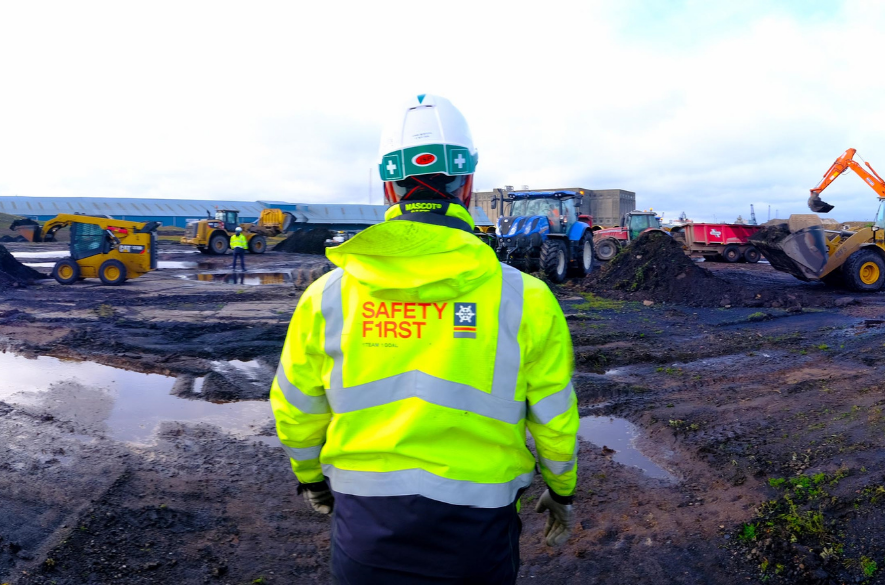 Over 25 hectares of land being released for large projects

The Port of Leith, owned by Forth Ports, is enhancing its position in the offshore renewables market with a seven figure privately funded investment at the port to bring to the market an additional 25 hectares of land linked to over 3km of deep water quaysides. This investment will see the skyline of the port changed, with the final stages of the demolition of the Imperial Grain Silo being completed.

The Port has seen an unprecedented surge in activity over the past few years with the energy transition to low carbon becoming a strong influence in the future of Scotland and Leith. The Port of Leith has been able to demonstrate its agility through responding to project needs ranging from utilising the deep water for the storage of offshore wind farm foundation jackets to significant project work associated with the subsea elements of the development of offshore windfarms.

Shipping and onshore economic activity has been boosted at Scotland’s capital port this year with its key role in supporting EDF Renewables’ and ESB’s major offshore wind farm Neart na Gaoithe (NnG) at various stages of the project.  This major Scottish project will supply enough low carbon electricity for around 375,000* homes and has a capacity of c. 450 megawatts (MW) of low carbon energy, will offsetting over 400,000 tonnes of Co2 emissions each year. Watch video here of the work at The Port of Leith: https://vimeo.com/483016712

Commenting on the investment and plans, David Webster, Senior Port Manager at Forth Ports, said: “This investment is another example of our commitment to bring large-scale renewables to Scotland. This will allow Leith to build on its current success as well as complement the significant upgrades that are under way in our Dundee facility. The foundation logistics in Leith will be supported by the wind turbine hub in Dundee, we see this as the future to local content in Scotland that will drive employment.”

Matthias Haag, NnG Project Director, said: “It’s really exciting to see the Port of Leith making such a huge investment in offshore renewables, especially as it will play a key role in the successful delivery of NnG. Since the offshore construction of NnG started in August, the Port of Leith is already Marine Logistics Base for the pile casings. These casings will form part of the foundations on which the project’s 54 turbines and two substations will stand.

“We’ve always said we’re committed to using the Scottish supply chain as much as possible and we’re really pleased to be working with the Port of Leith.”

Kenny Williamson, Deputy Port Manager said: “I have been working in the Port of Leith for 37 years and have never seen so many vessels in port with so much activity going on. This is an exciting time for Leith and Edinburgh as we adapt, upgrade and regenerate the port to create opportunities in Scotland’s emerging industries. We have been successful in winning a number of contracts this year, along with our partners.

“Leith is the largest Port on the East Coast of Scotland and has extensive deep water non-tidal berths connected to more than 140 hectares of land.”

About Forth Ports: Forth Ports Limited owns and operates eight commercial ports in the UK – Tilbury on the Thames, Dundee on the Firth of Tay and six on the Firth of Forth – Leith, Grangemouth, Rosyth, Methil, Burntisland and Kirkcaldy. Within and around the Firths of Forth and Tay, Forth Ports manages and operates an area of 280 square miles of navigable waters, including two specialised marine terminals for oil and gas export and provides other marine services, such as towage and conservancy. www.forthports.co.uk  @forthports

About Neart na Gaoithe (NnG) – Neart na Gaoithe means ‘strength of the wind’. NnG is a key UK offshore wind farm project and, with up to £1.8billion invested in its infrastructure, will have a major positive impact on the Scottish economy. NnG is located off the east coast of Scotland, 15.5 km off the Fife coast and covers an area of approximately 105 km2. EDF Renewables acquired NnG in 2018 and in 2019 sold a 50% stake to leading Irish Energy Company, ESB.

About EDF Renewables in the United Kingdom – EDF Renewables is one of the UK’s leading renewable energy companies which develops, builds and operates generation projects with a focus on onshore and offshore wind as well as battery storage technology. We also look after the operations and maintenance of our own wind farms. The company already operates more than 965MW of wind farms and battery storage (including 500 MW in Scotland with 460 MW under construction) and has more than 4GW consented and in development. The company employs more than 250 people.

About ESB – ESB operates across the electricity market on the island of Ireland: from generation, through transmission and distribution to the supply of customers with an expanding presence across Great Britain. In 2017 ESB opened an office in Glasgow to spearhead further development of renewables, in particular onshore and offshore wind, across Scotland. ESB is the owner of the distribution and transmission networks in the Republic of Ireland (via ESB Networks) and Northern Ireland (via Northern Ireland Electricity Networks Ltd).  In 2017, the company had a 42% share of generation in the all-island market (via Generation and Wholesale Markets) and a 34% share of electricity supply in the all-island market (via Electric Ireland) with 1.4 million customer accounts.

Did you know Spreng Thomson specialises in external and internal communications? Find out more about what we do here.