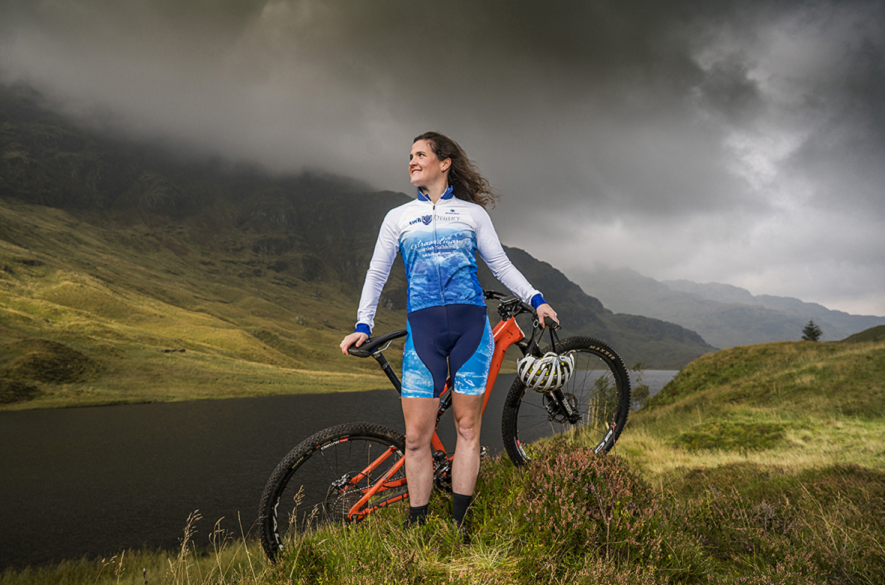 Kerry has enjoyed a successful mountain biking season which saw her win a British Championship silver medal, and recently win at the Cyclocross Lapierre Scottish CX League Round 3 race. Kerry has been sponsored by the Hebrides and Sutherland based salmon farming business as their Brand Ambassador since 2014. This year, Loch Duart’s sponsorship has increased significantly, funding her bid to win a place on the podium at next year’s European Championships in Glasgow in August 2018.

“We couldn’t have found a better brand ambassador for Loch Duart than Kerry. A successful, locally based athlete now competing on the world stage, who loves Scotland, relies on a high quality, healthy diet and has the ambition to take her passion for cycling to the very highest level.”

“I’m so proud to be part of the Loch Duart family and having their support over the last few years has helped take my competing to the next level. I premiered the new kit at the recent Lapierre Scottish CX League, my first Cyclocross race of the season, and I won the race! With Loch Duart’s support I’m aiming to be part of next year’s European Championships in Glasgow. Competing at this level requires a high quality diet which delivers the maximum benefit, so to be sponsored by Loch Duart is a perfect fit.”