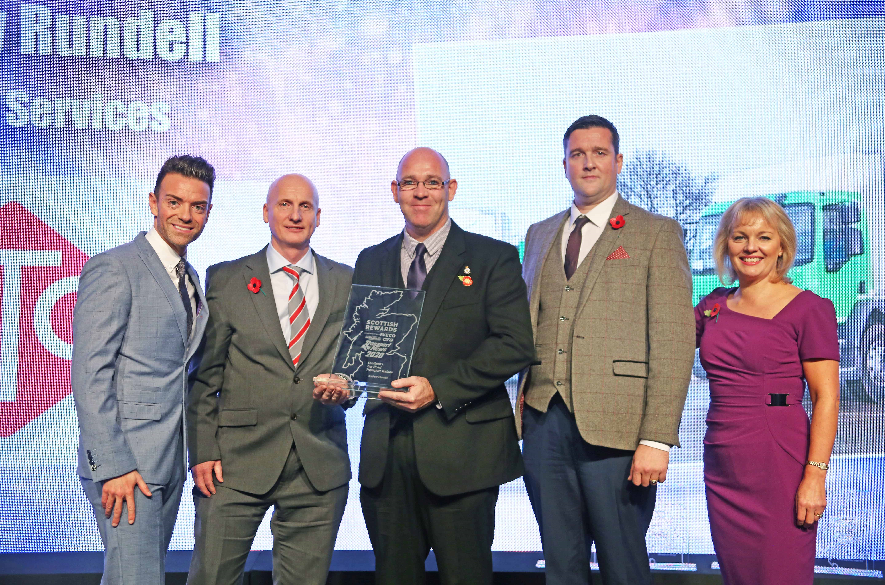 Andrew’s journey is an interesting one, having worked in the army, healthcare and hospitality before pursuing a career as a Large Goods Vehicle (LGV) driver.

Sergeant Neil Warnock recruited Andrew to serve in the Forces. He and Andrew’s paths crossed again many years later through a shared interest in go-karting. Neil, who works for GTG Training, encouraged Andrew to take the leap and invest in a training programme and earn his LGV Category C licence with GTG.

GTG Training put him in touch with laundry rental specialists, Fishers. Andrew passed the interview at their Coatbridge depot in Glasgow and secured employment as a Class 2 driver.

Andrew shadowed a regular driver for two weeks, and was introduced to high-end customers such as Trump Turnberry. Now he is out on his own, driving a 15-tonne truck all over the southern half of Scotland.

“It’s been a fantastic experience from start to finish with GTG Training, earning my qualification and I’m grateful to win this award. To be recognised at this early stage of my career is just great.

“I used to work as a Conference & Banqueting Porter for Hilton. I got to know Fishers and their driver way back then. I was receiving goods then, not delivering goods. My friend worked in the same depot (Coatbridge) and said the management is great and he had a good relationship with the workers.

“I’m thankful to Fishers for taking me on and giving me my first job as a driver. I went in knowing this is a hard job, but I like being hands-on, I like graft. The supervisors and team leaders have all been drivers so it’s great to see them having opportunities to grow in the business.”

“It’s really encouraging to see the next generation of drivers like Andrew being recognised for their achievements. Fishers has fantastic customers all across Scotland and we’re especially proud of our team that help to deliver fantastic service, like Andrew. We wish him all the very best with his career.”