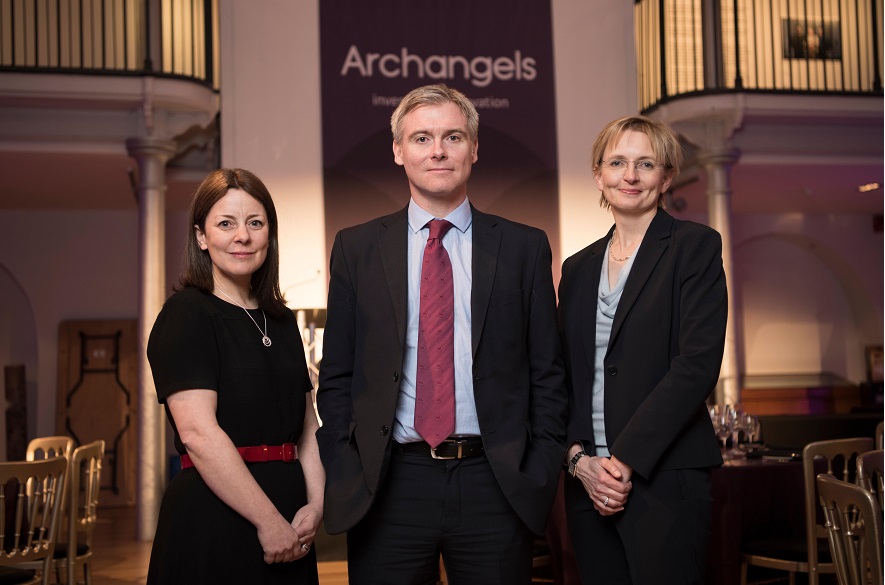 Archangels, the Edinburgh-based business angel syndicate, has been recognised as the UK’s Lead Angel Investment Syndicate of the Year by the UK Business Angels Association.

The accolade follows a record year of investment for the world’s oldest business angel syndicate in 2017/18, during which it led with £11.2m of investment from its own members, supplemented by a further £6.8m of cash from co-investors, including Scottish Investment Bank, the investment arm of Scotland’s main economic development agency, Scottish Enterprise.

Archangels led on 13 rounds of funding in existing portfolio companies and a further two funding rounds for new entrants to its 20 strong portfolio of companies. The largest single investment in 2017 was £3.6m in ZoneFox, the Scottish cyber security success story (a record in its own right for a single investment led by Archangels). The smallest seed funding led by Archangels in 2017 was £750,000 in the joint and muscle pain online triage platform, PhysioMedics – illustrating the angel group’s appetite for both large scale and smaller, early stage investments. Earlier in 2018, Archangels also exited from its investment in one company, Oregon Timber, which it helped to establish in 1998.

The syndicate has been established for over a quarter of a century and has developed a strong track record in investing in early stage technology businesses. It has a pre-tax realised Internal Rate of Return of 24% across the portfolio (successful exits and failures). Taking into account tax benefits, this equates to an average realised return of three times investors’ net investment.

The award was collected on behalf of Archangels by co-founder, Mike Rutterford, and David Ovens, the syndicate’s Chief Operating Officer. David Ovens said:

“Business angel investment is a vital support network for the UK’s fledgling technology and life sciences innovators and we’re proud of the role we have played in helping to build fantastic businesses in Scotland. And while the investment is vitally important to these companies, we also provide access to our network of experts and hands-on support through the crucially important early years.

“To be recognised by our peers in this way for Archangels’ investment activity during our 25th anniversary year is the icing on the cake.”