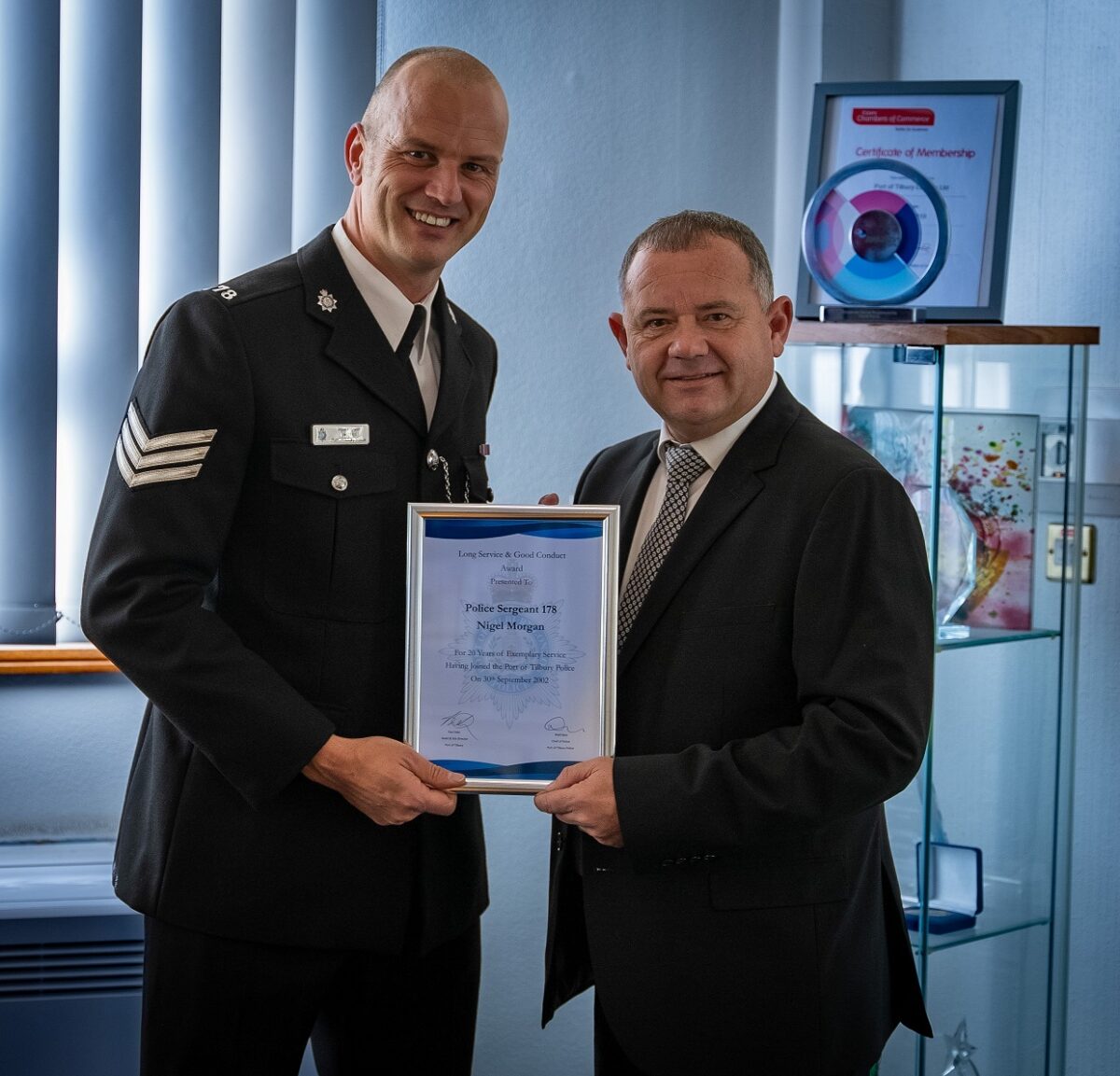 Sergeant Nigel Morgan from the Port of Tilbury Police received his well-earned Long Service and Good Conduct Medal this week as he reaches a career milestone of 20 years of policing. 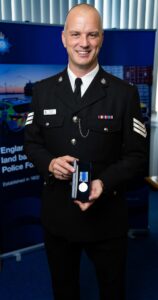 Nigel is a well-known face in the port and the local Tilbury area and has worked at The Port of Tilbury for the whole of his 20-year career so far. Joining the port in 2000, Nigel started work at the specialist Chill Store and then moved into a procurement role before joining the Port Police in 2002. Nigel was promoted to the rank of Sergeant in 2005, making him the youngest officer to be given the role.

Commenting on his medal award, Sergeant Morgan said: “I can honestly say the last 20 years have absolutely flown past, I have seen many things over those two decades, some extremely upsetting scenes and some absolutely wonderful things.  The skills that I have learned have allowed me to be in a position to have saved people’s lives both on and off duty.

Paul Dale, Asset & Site Director at The Port of Tilbury presented Nigel with his medal at an event at the port attended by Nigel’s close family and his Chief of Police, Matt Bass. Paul Dale said: “Congratulations to Nigel on this impressive two-decade career achievement. I have had the privilege of working with Nigel for a long time and he’s a valuable part of the police team.

“At the Port of Tilbury, our police team provide a vital service for us both within the port and in the wider community and we are grateful to Nigel for all his hard work over the years.” 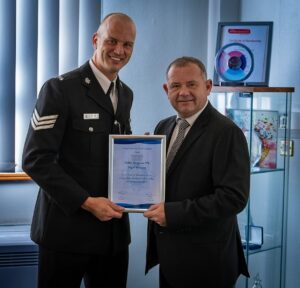