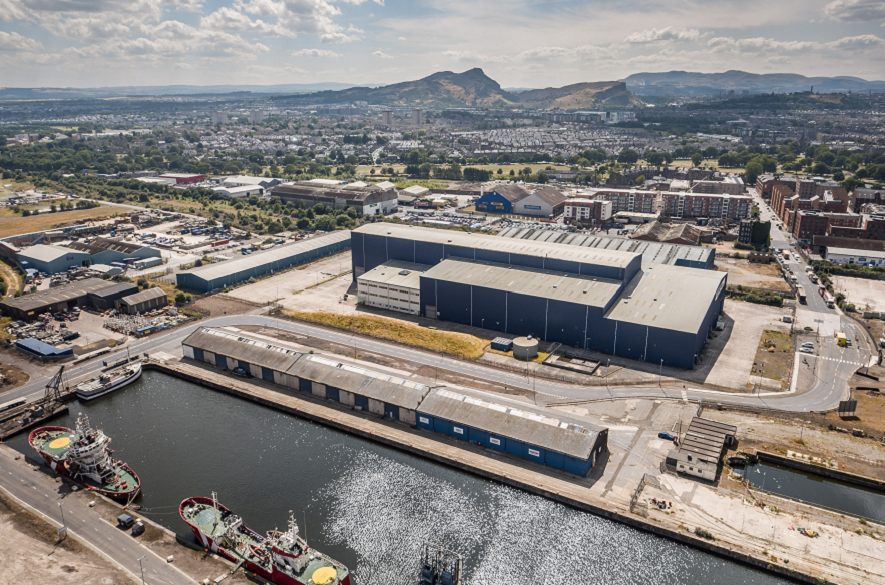 Recently host to Marvel’s Avengers: Infinity War (2017), the ex-industrial building is situated on a private gated 8.6 acre site within the port estate and is owned by Forth Ports Limited. Offering industry standard dimensions, it incorporates adaptable interior shooting options across 160,000 sq ft and potential for 5 sound stages of between 50ft and 100ft in height. In addition, there is 27,000 sq ft of flexible workshop, production and high-end office space; ample backlot provision allowing for significant production set-builds, and is well serviced by vehicle access doors and tech and unit based parking.

The building is conveniently located in Edinburgh, 3 miles north of the city-centre, is just 10 miles from Edinburgh International Airport and a 50-minute drive west along the M8 from Glasgow and within reach of Scotland’s breathtaking locations.  Public transport links also connect it with both Edinburgh and Glasgow, with the development providing parking to accommodate permanent personnel alongside visiting studio productions.

This tender invitation is for organisations to:

Increasing the range of Scotland’s studio infrastructure to include permanent studio space complementing existing facilities like Wardpark Studios to house the largest film and high-end television productions has the joint objective of supporting the growth of Scotland’s screen production industry and increasing inward investment from international productions.

Scotland offers a strong proposition for growth in the screen sector due to: