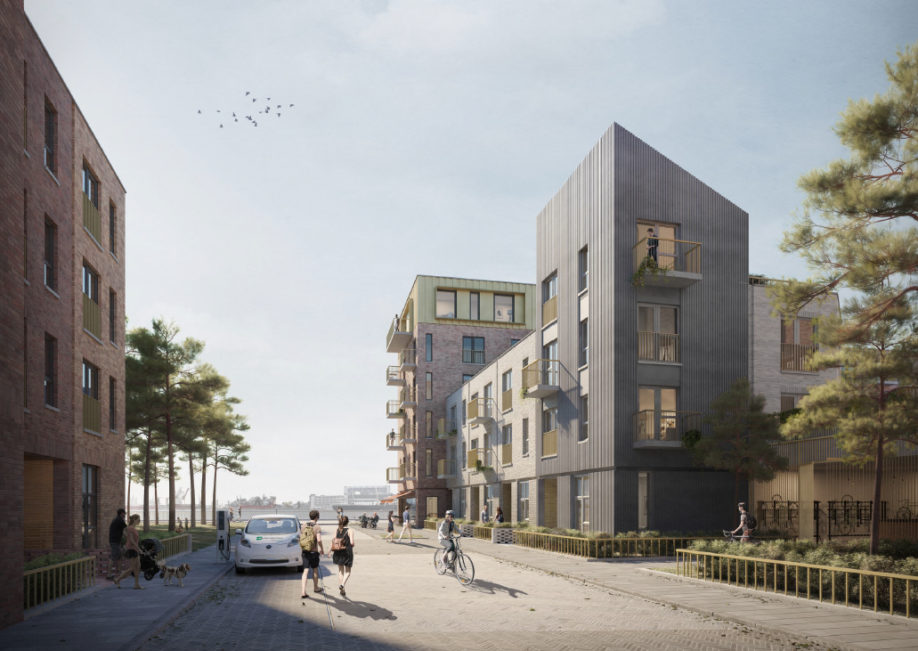 The Revised Design Framework (RDF)* for a major development at Western Harbour in Leith has today (10 October) been unanimously approved by the Development Management Sub Committee of the City of Edinburgh Council who were positive about the submission.

Cllr Maureen Childs, Vice Convener Planning Committee commented: “The work that has been done on this has been exemplary.”

Cllr Neil Gardiner, Convenor of Planning Committee also said in the meeting: “lots of good work gone in and it really does show the benefit of a spatial plan led system.”

Cllr Chas Booth also said “this is a good application…I welcome this application.”

The vision of Western Harbour is to create a vibrant waterfront community which acts as the catalyst for a wider regeneration of the waterfront. The development proposals will deliver a residential led, mixed-use community with a new park, a proposed new primary school, shops and a waterfront promenade.

Commenting on the decision today Charles Hammond, Group Chief Executive said: “We are pleased with the decision today (10 October) by City of Edinburgh Council to approve our Revised Design Framework for Western Harbour in Leith. Forth Ports and Rettie & Co. have been working together for over two years on these proposals that will result in the delivery of a community of 1600 mid-market rental home and park which should also create the setting for the new primary school for the area.

“Through our other recently completed developments at Harbour Point and Harbour Gateway, we know there is a great deal of demand from people looking for these mid rent homes and an opportunity to create a community. Our proposal represents a major boost for the Leith economy and for Edinburgh as a whole and we now hope for a positive outcome from the Scottish Ministers on the possible loan funding for this project. Work is well underway preparing a full planning application in readiness for submission before the end of February 2019.”

Matthew Benson, Director at Rettie & Co who are acting as Development Managers on Western Harbour, said: “Today’s announcement marks a major milestone on the journey to create a managed Build to Rent community of critical mass in Scotland.  This latest development could not have happened without close collaboration across the public and private sectors and we will now apply our collective energies to the implementation phase.”

Also a link to the video recording of the committee meeting: https://edinburgh.public-i.tv/core/portal/webcast_interactive/372396