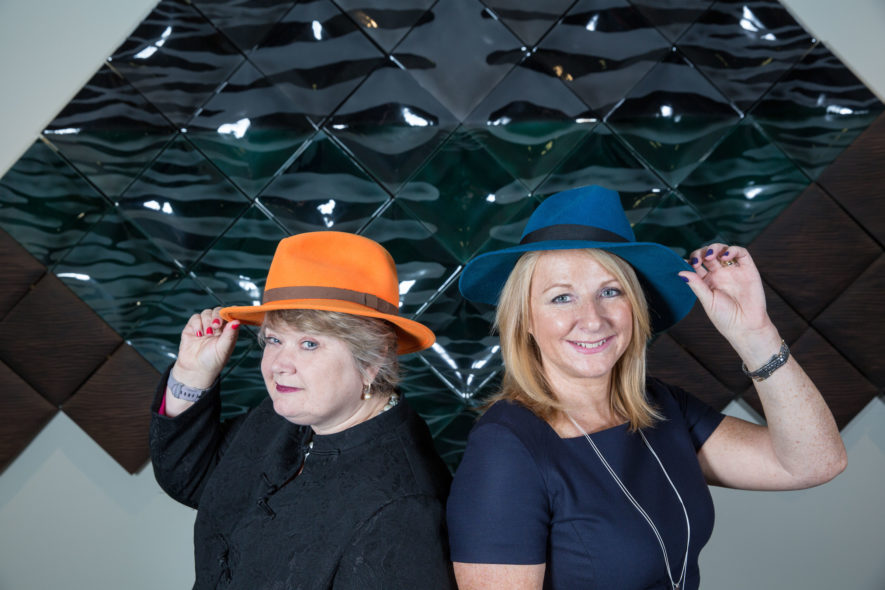 The business guru used her experiences to entertain audiences in a popular weekly column in the Financial Times between 1999 and 2016 under the moniker, Mrs Moneypenny.

Professor McGregor has had an incredible impact on the corporate communications and PR sector as the principal shareholder and non-executive chairman of the executive search firm Taylor Bennett, which she led for 17 years.

Her significant influence was recognised in the Queen’s Birthday Honours List in 2015 when she was awarded a CBE for services to business, with particular reference to employment skills and diversity in the workplace.

“There has been some great progress made in addressing diversity in the workplace. But it’s still necessary to debunk some myths to tackle the widespread misconceptions, particularly about women.

“Empowering entrepreneurs is my business. I believe that one of the things that holds people back from advancement is the building of a strong network. Trying to deliver that has really been my life’s work, so it’s fitting that, as a member of such a critical network as Entrepreneurial Scotland, I have the opportunity to share my entrepreneurial journey.”

Professor McGregor’s book ‘Mrs Moneypenny’s Careers Advice for Ambitious Women’ has helped women all over the world to conquer their career challenges with her unique brand of wit and straight talking. It has been praised by Arianna Huffington, co-founder and editor-in-chief of The Huffington Post, as a wisdom-filled guide that “does the invaluable service of redefining success and happiness for everyone.”

“As Scotland’s backbone organisation for entrepreneurship we are committed to shining a light on the most outstanding entrepreneurs to inspire and develop future business leaders. Professor McGregor is a truly unique leader. Her diverse and international profile,  experiences and straightforward approach are real assets to anyone who has the opportunity of meeting her.

“Entrepreneurial Scotland is on a mission to improve the diversity of its membership and to attract more female entrepreneurs. While we’ve made some great headway, there is still much to do to showcase Scotland’s female talent and to encourage a tangible culture shift.

“Professor McGregor and Lynne Cadenhead, visiting Professor of Edinburgh Napier’s Business School who will chair the event, are both valued members of Entrepreneurial Scotland. I warmly encourage members and non-members to seize this unique opportunity to be inspired by two of the world’s hardest working women in business.”

As the recently appointed Executive Dean of Edinburgh Business School, Professor McGregor continues to influence the next generation of entrepreneurial leaders with her unrivaled experience. Lynne Cadenhead inspires businesswoman across the country through her role as Chair of Women’s Enterprise Scotland, in addition to her role with Edinburgh Napier Business School.

Professor McGregor is the ultimate international business leader with many strings to her bow. A respected academic, author, TV presenter and financial journalist, she has also found time to qualify as a private pilot and do two successful seasons of stand-up comedy at the Edinburgh Fringe.

Attendees can expect to hear a candid account of Heather’s unique entrepreneurial journey and her views on the power of networks.