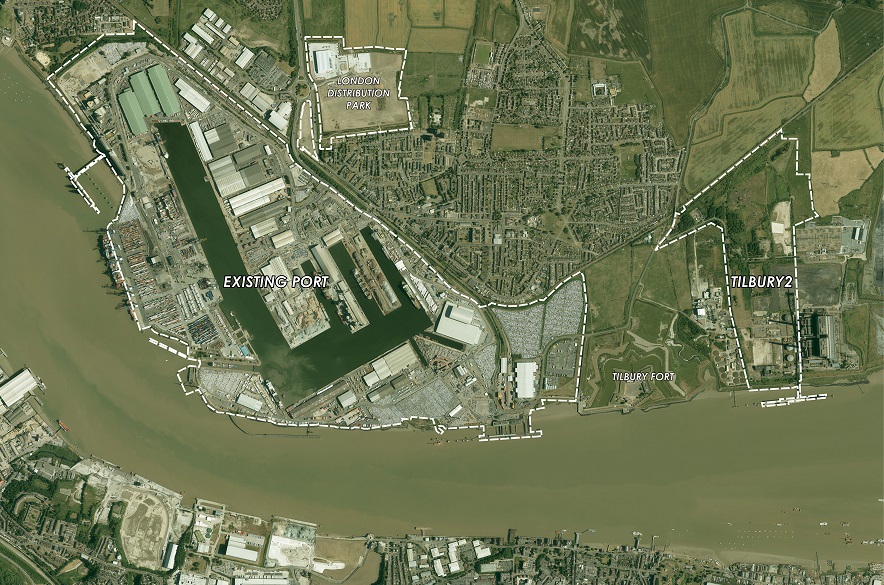 Port thanks local communities for engagement on Tilbury2

The Port of Tilbury, London’s major port, has now completed the statutory consultation process which invited views from the surrounding communities and statutory consultees on its proposals to build a new port terminal, TILBURY2, on the Thames close to the current port.  TILBURY2 will be built on a 152 acre site which was part of the former Tilbury Power Station and will include a new deep water jetty in the river Thames.

The Port has been expanding at a fast rate over the past two decades as it has experienced a significant increase in the goods and products coming through it – as a result, businesses in the port are looking for more space. The port estimates that demand for use of its facilities will increase further in the next 15 years which the TILBURY2 proposals would support.

The statutory process closed on 28 July and was part of the second stage of seeking views from communities and key stakeholders. The port will now further develop the scheme in light of all the feedback received before submitting a formal application for a development consent order (DCO) to the Planning Inspectorate (acting on behalf of the Secretary of State for Transport) in the Autumn this year.

Commenting on this, Peter Ward, Commercial Director at the Port of Tilbury said: “As a major employer in the community, it is important to us that we engaged with as many people as possible in the local areas during both the non-statutory and statutory periods in the past few months. We have had a lot of feedback from the community through our events and the website and I want to thank everyone who took the time to engage with us.

We will now develop our proposals for the new port into a formal application which we will submit in the Autumn. We are one of the largest ports in the South East and our customers are looking for expansion opportunities.TILBURY2 is a part of the port’s overall investment strategy to achieve this.”

The proposed terminal at Tilbury2 will act as a satellite of the main port and it is proposed that it will comprise a roll on/roll off ferry terminal for importing and exporting containers and trailers. Tilbury2 is also likely to include a facility for importing and processing bulk construction materials as well as storage of a variety of goods, including cars. The project will also include surface access proposals to link the site to the existing road and rail networks.