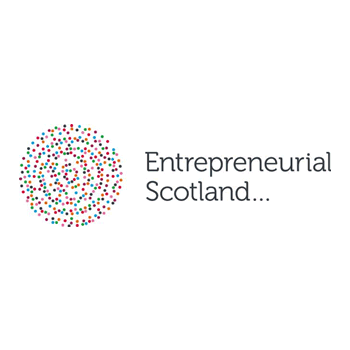 Appointed one of the top Global 100 Technology Pioneers at the World Economic Forum in 2000 and 2001, Sonia Lo is the co-founder of eZoka, a UK start-up that was sold to private investors in 2002. She is also a former Director of Global Content for Google. Today, in addition to Ms. Lo’s role as CEO of Crop One Holdings, she serves as Founder and Managing Director of Chalsys, LLP an advisory and direct investment firm that has invested over USD$120 million in 15 global growth stage companies. Ms. Lo earned her BA in Political Science from Stanford University and an MBA from Harvard Business School.

Sonia Lo, CEO of Crop One Holdings, said: Crop One started as a simple concept – to grow crops indoors more efficiently. Now, seven years later, we grow 24 different cultivars and 9 SKUs of the freshest, best tasting leafy greens at our farm just outside of Boston, Massachusetts. We are also in the process of building the world’s largest vertical farm through a $40 million joint venture with Emirates Flight Catering in Dubai. Crop One is transforming the way we farm, consume and distribute fresh produce. I am very much looking forward to coming to Scotland and sharing our story at the Entrepreneurial Scotland Summit this April.”

Since launching ROVOP in 2015, Steven Gray, who was named Scale-up Entrepreneur of the Year at the ES Summit Entrepreneurship Awards last year, has built the company into an international brand. The company recently expanded its workforce and opened an office in the Middle East, adding to operations in Aberdeen and Houston, Texas.

Steven Gray, CEO of ROVOP, said: “We have worked hard to build a track record and team to help us achieve our ambition to become a major global player. It is fantastic to be part of this year’s ES Summit to share our story and to hear how other entrepreneurs are approaching today’s business challenges to grow and develop their operations.”

Iain Anderson, Executive Chairman of Cicero Group, the UK’s largest lobbying group will also join this year’s impressive line-up, and chairs some of the sessions.

Other prominent entrepreneurs who will take to the stage are Stefani Grosse, CEO of Monreal London; Jo Fairley, founder of chocolate brand, Green & Black’s, and Mike Soutar, co-founder of Shortlist Media and a regular on the BBC TV programme, The Apprentice.

Sandy Kennedy, Chief Executive of Entrepreneurial Scotland, said: “The ES Summit is one of the highlights of Scotland’s entrepreneurial calendar. It’s a unique opportunity to hear from truly world class speakers, to learn from others and to network with other ES members. This year we have a really outstanding line-up of speakers – it’s an occasion not to be missed. If you haven’t yet booked a place – now’s the time to schedule it in your diary.”

Bob Hair, Head of Edinburgh Office, Cazenove Capital, said: “Entrepreneurial Scotland is once again being supported by many prestigious speakers, keen to share their stories in order to inspire the next generation of entrepreneurs and founders. We are really looking forward to hearing from these talented individuals in April for what is shaping up to be another memorable conference.”

Additional speakers to this year’s stellar line-up of entrepreneurial talent will be unveiled soon. Meanwhile, tickets for the summit and dinner at Gleneagles go on general sale on 1 March.