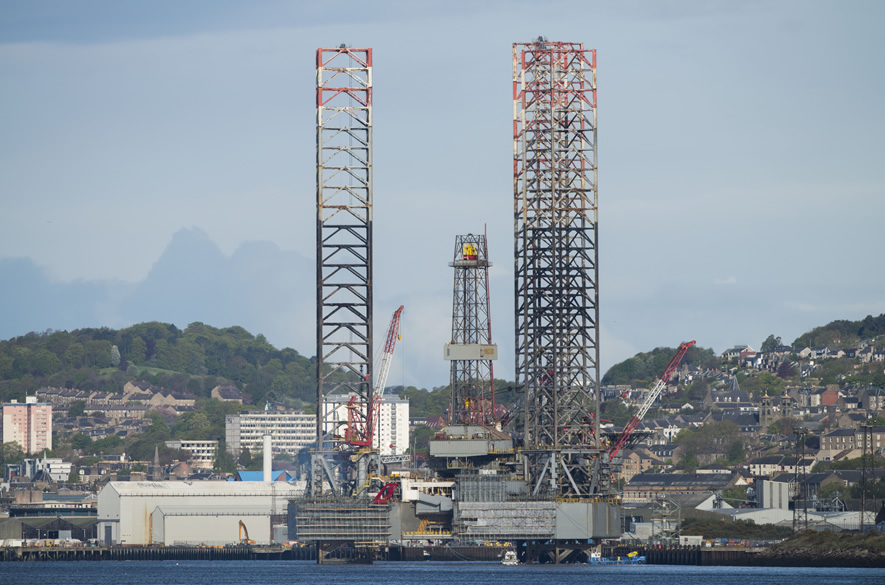 Forth Ports Limited announces today (17 February, 2016) that it plans to make the largest investment in the history of the Port of Dundee. The port owner is to invest more than £10 million to create a new quayside with an industry-leading “heavy lift” capability, coupled with a significant onshore operational area. This will position the Port of Dundee at the forefront of the North Sea oil & gas decommissioning and offshore wind sectors.

This privately funded investment will result in the development of the quayside at the East end of the port, connecting to the existing Prince Charles Wharf. The quayside will offer heavy lift capability over its entire 200m length with an ultra-heavy lift pad at one end. This capability, coupled with a deep-water berth and significant land area of around 60 acres, will facilitate the handling of the largest cargoes, as demanded by these emerging North Sea industry sectors.

“This is an important, privately funded investment for the Port of Dundee which is ideally placed to service the needs of North Sea oil & gas, decommissioning and Scotland’s offshore wind sector over the coming years. The port’s existing skills base and location, combined with its riverside berths, deep water and rock river bed, put the port in a key position to become a hub for these sectors for construction, operations and maintenance and for decommissioning.

“Our investment also puts Dundee in a position to benefit from offshore renewable projects such as Neart na Gaoithe* which has the potential to deliver cost efficient renewable energy and economic benefits for Dundee. We are committed to investing in the port to ensure that the infrastructure is in place to support these industries and for the city of Dundee to fully capitalise on the significant opportunities they present.”

The quayside will effectively add both berthing and land capacity at the Port of Dundee and, once complete, will represent a significant increase in port capacity in the North East region.

The construction process will take 18 months to complete with work starting immediately. Upon completion, the quayside will be 200 metres longer than currently and will be one of the strongest quaysides in Scotland, at a strength capability of 80 tonnes per square metre.

The strengthened quayside will be equipped to handle marine projects such as offshore anchor and chain servicing, which require a strong quayside, and offshore wind turbine assembly and deployment activities, as well as operations and maintenance, for which the Port of Dundee is ideally placed due to its proximity to the proposed offshore wind farm developments in the Forth and Tay Estuaries. It is anticipated that the quayside would also enable Dundee to benefit from future North Sea oil & gas decommissioning projects.

Business at the Port of Dundee has grown in the past 12 months, with the port attracting a new general cargo tenant, as well handling and drying a record 60,000 tonnes of barley during harvest 2015, reflecting the importance of the port to the local agricultural sector. Renewed interest in Dundee from the passenger cruise sector will see cruise liner visits to the port increase from six in 2015 to a planned 10 in 2016, with further growth expected upon the opening of the V&A Museum of Design in 2017. The quayside development at Prince Charles Wharf will free up space within the port to accommodate further growth in these important sectors.