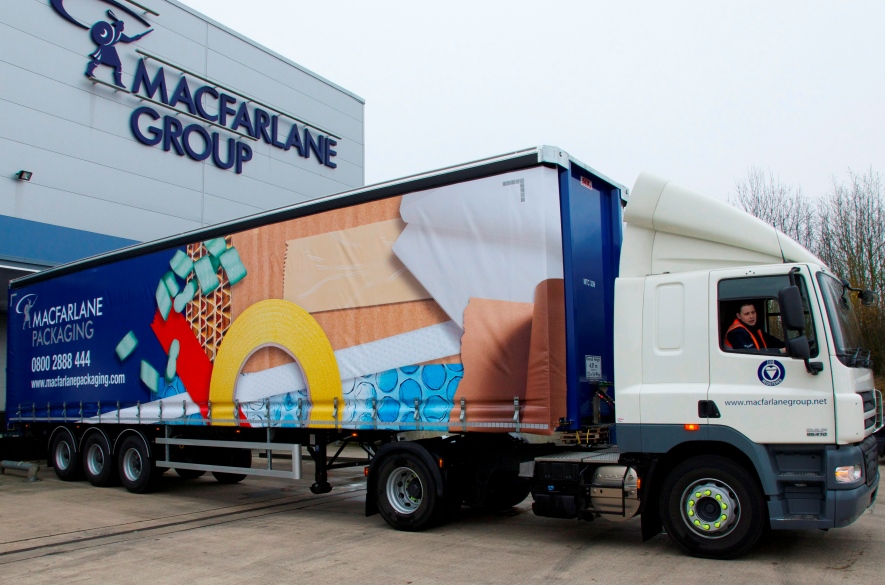 “Macfarlane Group’s performance in the six months to 30 June 2016 is consistent with the Board’s expectation in our AGM statement in May 2016.  Group sales, at £81.5m, were 3.7% ahead of the comparable period in 2015 and profit before tax, at £2.0m, was 8.1% ahead.  Sales and profits both benefited from the positive impact of recent acquisitions, underlining the value of our acquisition strategy.  Our increasing presence in the internet retail sector means that sales revenues are more weighted towards H2 and we expect to see the typical seasonal uplift in the second six months of the year.  The Board remains confident that its full year expectations for 2016 will be met.

Packaging Distribution sales were 5.5% ahead of the equivalent period in 2015, with 0.5% achieved from organic growth and the remainder from recent acquisitions all of which are performing well.  Our gross margin in Packaging Distribution was 29.2%, similar to last year.  Operating profit at £2.3m is £0.2m (9.7%) ahead of the equivalent period in 2015.

During the first half of 2016, we acquired two quality businesses, Colton Packaging Teesside and the packaging business of Edward McNeil Limited, based in Glasgow.  On 29 July 2016, we completed the acquisition of Nelsons for Cartons & Packaging Limited, a high quality successful packaging distributor, which we expect to contribute to profits in the second half of the year.

Net debt at 30 June 2016 was £16.9m, an increase of £5.0m compared to the same point last year, reflecting outgoings of £6.4m in respect of acquisitions in the last twelve months.  The Group continues to operate well within its existing bank facilities of £25.0m.  Consistent with our normal pattern, Group trading is expected to be strongly cash generative in the second half of 2016.

The pension scheme deficit increased from £11.5m at 31 December 2015 to £12.6m at 30 June 2016, due to lower bond yields, despite the payment of £1.4m deficit reduction contributions.  The pension scheme investments include liability driven investments that seek to match the liability profile in the scheme and provide a measure of protection against movements in interest rates and inflation.  These investments performed well and helped mitigate the impact of falling bond yields in the first half of 2016.

When we acquired Nelsons, Macfarlane Group completed a share placing to raise £5.6m, net of issue expenses, with the issue of 10,000,000 new ordinary shares at a price of 58p each.  The placing was oversubscribed and saw participation of both existing and new institutional shareholders.

In view of the first half performance the Board is recommending an increase of 3.8% in the interim dividend to 0.55p per share to be paid on 13 October 2016 to shareholders on the register as at 23 September 2016.

Our strategy is to continue to deliver sustainable profit growth through focusing on added value products and services in our key UK market sectors, combined with the execution of value enhancing acquisitions.  The uncertain economic climate arising from the outcome of the EU Referendum is likely to continue for a considerable time and we will monitor developments and take appropriate action.  The performance of the business in the period to 30 June 2016 reflects the successful implementation of our strategy and we will maintain that focus in the period ahead.”