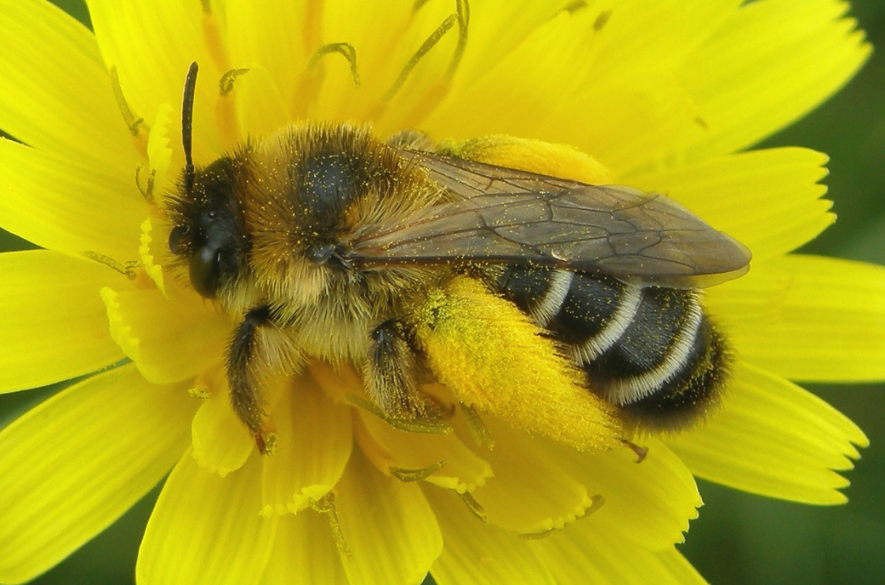 A wildlife area created in 2014 by The Port of Tilbury, as part of the development of London Distribution Park, has seen a rise in key insect and invertebrate species according to a new monitoring study.

The habitat site, which in 2019 was recognised as of national importance for insects and other invertebrates, was created seven years ago by spreading chalk slurry over an area equivalent to six football pitches on the bare surface of a former landfill, and then placing ‘dunes’ (made from waste fly ash) and chalk bunds on the top. It was then left to develop.

Some of the interesting insects and invertebrates found by the latest study, which was conducted by one of the foremost invertebrate surveyors in Britain in conjunction with ecology experts Bioscan, include striking species such as:

the Bombardier Beetle Brachinus crepitans, a beetle with a secret weapon: its rear end acts a chemical reactor and creates explosions to defend itself and ward off predators;
the Pantaloon Bee Dasypoda hirtipes, which sports large pollen baskets on the hind legs, akin to a costume of fluffy yellow pantaloons; and
the Six-belted Clearwing Bembecia ichneumoniformis, a day-flying moth which resembles a wasp as an act of protective mimicry;

All of these are nationally scarce species which favour this particular area of South Essex. The Wildlife site sounds its own success, from different insect densities and activity levels the buzzing can sometimes be amplified to an over-powering hum. 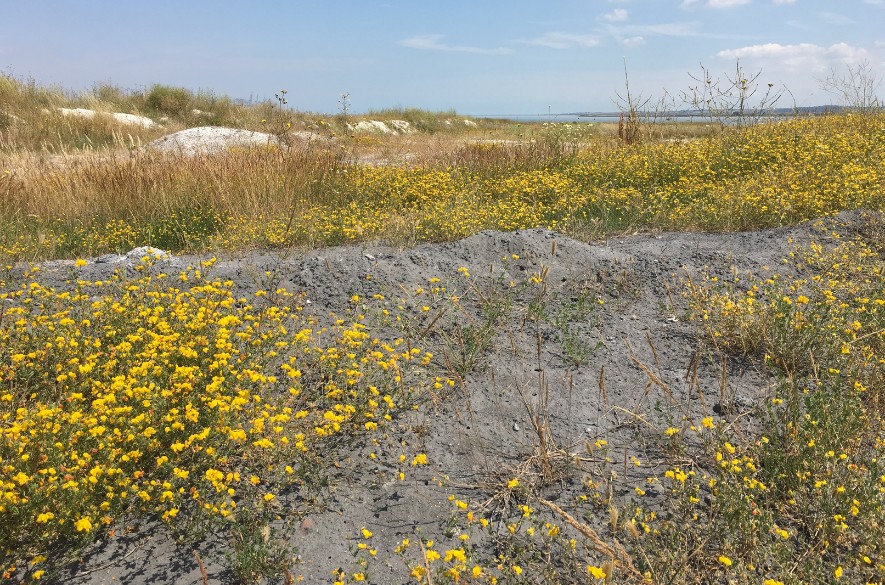 Previous surveys undertaken in 2018 found that the new habitats created at Mucking already supported a proportionally higher number of rare and scarce invertebrate species than had been found at the LDP site prior to development, and the most recent report concluded that the new habitat “continues to support a remarkable richness and abundance of invertebrates and is habitat of very high conservation importance for invertebrates”.

Commenting on the results, John Speakman, Snr Asset Manager for Property at Port of Tilbury, said: “Port of Tilbury takes its responsibilities as a developer seriously. This is further confirmed through the results of this study clearly showing that, working with our advisers at Bioscan, this habitat, is now an important nature area for creatures.

In an area that is predominately industrial, it is pleasing to see this ‘urban meadow’ thriving. Through our partnership with landowners and ecology experts, we have collectively delivered on our environmental objectives when we developed the London Distribution Park.”

“One of the best parts of my job is seeing habitat creation theory become practice, and the LDP compensation area at Mucking landfill is a fantastic example of how nature will thrive if you give it the right building blocks and the time to do so. From the very beginning, the Port of Tilbury have been fully invested in seeing this project achieve fruition, and the success shown by the invertebrate monitoring is just reward for their commitment to corporate responsibility.”

Ecologists will monitor the site again in five years, with the scheduled intervals between monitoring becoming longer as the habitats become established. However, with the positive trajectory set thus far, expectations are for the discovery of more exciting finds by our surveyors in 2025. as the initial study has been so successful the report recommends creating additional invertebrate habitats at Mucking – a scheme that is now well underway to offset the impacts from the Tilbury 2 development on the site of the former Tilbury Power Station.

Bioscan UK Limited designed the wildlife area on behalf of the Port of Tilbury.