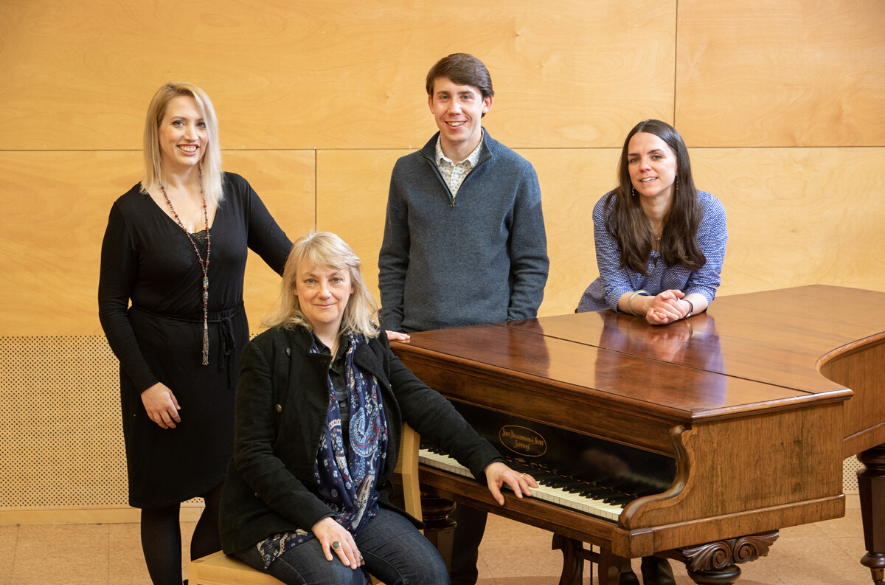 The Glasgow School of Art Choir (GSA Choir) has announced its most ambitious project to date to commission, perform and promote seven new pieces of choral music created by leading contemporary composers.

Entitled “Composeher”, the initiative aims to address the under-representation of female composers that is evident across the music industry.

With backing from Creative Scotland, the GSA Choir has commissioned seven leading female composers from Scotland, England, Australia and the USA to create a set of entirely new choral works. These are being worked on now and will be premiered by the GSA Choir in Glasgow in May 2021.

The scale of the challenge for female composers was highlighted in the “Counting the Music Industry” report published in 2019. It reported that just 14% of the more than 12,000 writers represented by UK publishers, were women.

Dr Anna Beer, author of “Sounds and Sweet Airs: The Forgotten Women of Classical Music”, which explores the lives of several notable women in classical music, has contributed a new essay to the Composeher website, calling the project a “triumphant counterblast” to forgotten women composers through history.

In keeping with the overall mission of the project, the new choral works will be adaptations of poetry and texts written by or about 20th Century women.

While Composeher has received funding from the Creative Scotland Open Project Fund, there is a £4,000 gap to fill to pay for the rights to the source materials and texts used by the composers. That’s why the Kickstarter crowdfunding campaign is being launched now.

GSA Choir Musical Director, Jamie Sansbury, said: “The GSA Choir is excited to be launching Composeher and we look forward to performing and promoting the fantastic work of seven leading contemporary, choral composers. However, we need to raise £4,000 more now to secure the rights to texts that the seven composers are using to inspire their new choral compositions.

“Composeher will be an impressive showcase for some of the very best talent in choral music today and we hope it will encourage a wider, national discussion about the gender imbalance within the music industry.

“This is a really vital stage of the project as, without access to the poetry and written materials upon which they will be based, there will be no new compositions. We’re a voluntary, amateur ensemble with big ambitions, so we do need the support of the public to put together incredible projects like this.”

The GSA Choir was established in 2012 by then student Jamie Sansbury, as a space for students and staff of The Glasgow School of Art to share their passion for choral music. The amateur choir has since grown to become a recognised charitable organisation, with over 115 members drawn from all walks of life. The choir is non-auditioned and open to all.

Supporters of the Composeher Kickstarter will have the opportunity to gain access to exclusive bonus material, including audio recordings of choir rehearsals, and priority booking for the Glasgow premiere in May 2021.

Rebecca Rowe said of the project: “I’m thrilled to be chosen as one of the commissioned composers for Composeher and to be writing for the GSA Choir. There is a tangible sense of fun in what they do, and, with this enthusiasm, it’s going to be a wonderful project. I can’t wait to hear the rich variety of work that will be composed specifically with these singers in mind, and to have the chance to work creatively with them as they bring the project to fruition.”

Alongside the commissions, the bold new project will include a series of four workshops featuring the commissioned composers. These will be held in the run up to the premiere concert in May 2021.

The workshops, which will be open to all, are designed to provide an opportunity to meet the composers in an informal setting and to learn about the project, their creative processes and the wider issues of representation within the music industry. The first workshop will be on Saturday 26th September 2020. Tickets will be available soon through the newly launched Composeher website.