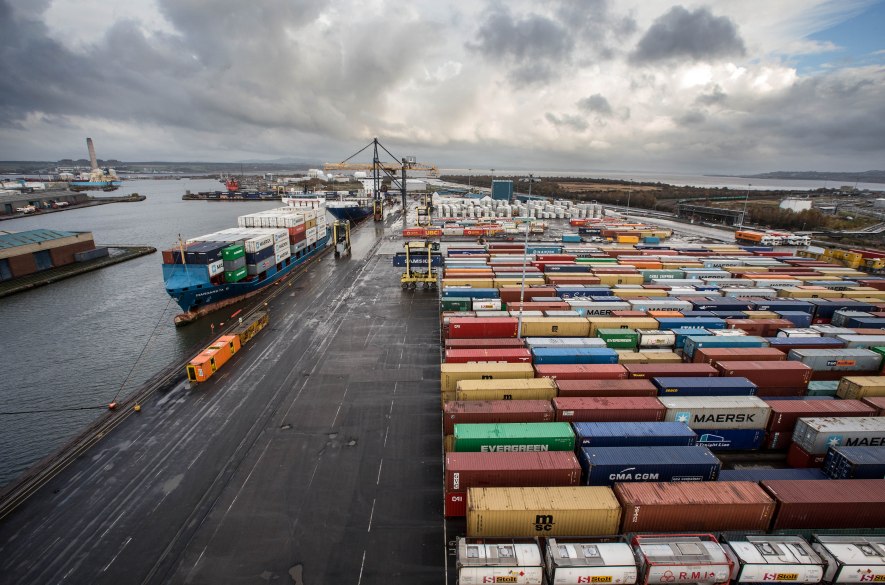 Scotland’s largest port, Grangemouth is this weekend (7 May) celebrating the 50th anniversary of the first container vessel to call at the port and the UK. The Sea-land freight service called into the port on the Saturday 7th May 1966 as part of the Europe and American shipping route transporting mostly Scotch whisky for onward travel to the USA.

Sea-land launched the transatlantic container ship route in April 1966 with four ships in service, each carrying 226 containers with cargoes of cameras, safety razors and pre-fab housing complements. The weekly route was the first transatlantic ship carrying only containers and called at Port Elizabeth, New Jersey, and Baltimore, Maryland, in the US, then Rotterdam, Bremen and Grangemouth. Grangemouth was the only UK port in the rotation making Grangemouth (Scotland’s Container Terminal) the first port in the UK to handle goods in this way, with the subsequent development of containerisation changing the way in which world trade is undertaken.

Over the past 50 years, the port has developed through investment and is now Scotland’s largest container port. The terminal has handled in excess of three million containers over the past 50 years and today handles more than £6 billion worth of goods each year including spirits, food, steel plate, timber, paper and equipment for the oil and gas industry.

To celebrate the 50th anniversary, the port, along with all the Scottish operations of Forth Ports, are today being rebranded with a fresh look and feel for the business. The rebranding was designed by Edinburgh-based, award winning design agency Blood Creative. Signage, livery, containers and stationery will all be updated as part of the rebrand.

Commenting on the golden anniversary, Charles Hammond, Group CEO of Forth Ports said: “We are excited about reaching this significant milestone in the history of the port. Over the past 50 years the port has changed and adapted to the changing needs of our customers and we are now Scotland’s largest container port and makes a major contribution to the economy of Scotland. We look forward to continuing to play our part for Scotland in the next 50 years!”

Also happening in 1966:
• The BBC began to broadcast in colour
• Harold Wilson was the UK Prime Minister
• The first credit card was launched in the UK
• The last UK concert by the Beatles
• James Bond’s Thunderball was the number one box office film
• Manfred Man’s Pretty Flamingo was number one (on 7th May 1966)
• And, of course, England won the football world cup