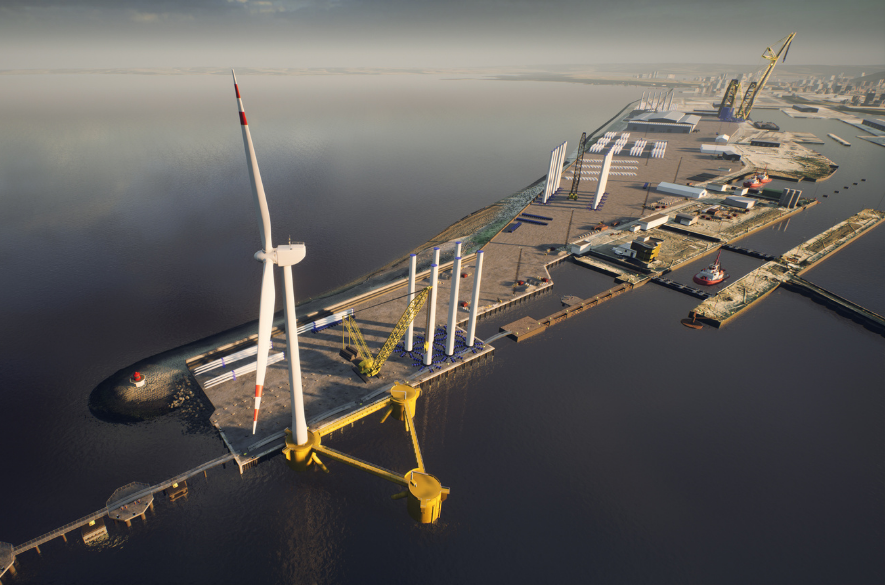 Forth Ports, Scotland’s largest ports operator and owner of seven Scottish ports on the east coast, has today intimated to the Scottish Government that it will submit a proposal for a Green Port encompassing key ports, industrial complexes and logistics centres along the north and south shores of the Firth of Forth and at Edinburgh Airport.

The Scottish Government has invited expressions of interest for the creation of a Green Port, which is a large, zoned area with a defined boundary within which operators and businesses can benefit from a package of financial and customs incentives which can attract inward investment.

Subject to sight of the Scottish Government’s full Green Ports prospectus, Forth Ports, which has been a port operator for over 50 years, proposes that the Firth of Forth Green Port will encompass strategic locations along the Forth Estuary, including Grangemouth (home to Scotland’s Freight Hub and principal petrochemical cluster) and the Port of Leith, where Forth Ports announced in May that it plans to create a £40 million renewable energy hub.

Fife and the City of Edinburgh are also expected to feature in Forth Ports’ Green Ports bid. Forth Ports are currently evaluating sites in Fife along the North Shore of the Firth of Forth from Longannet to Rosyth. Edinburgh Airport is also expected to feature for its international connectivity. Each of these locations are uniquely placed to deliver on all of the objectives of the proposed Green Ports policy.

Forth Ports, supported by Edinburgh City Council, Falkirk Council and Fife Council, believes that the Firth of Forth Green Port will play a major role in Scotland’s recovery from Covid-19 and accelerate the country’s transition to meeting net zero targets, by providing investment incentives, with a long-term positive impact on Scotland’s economic growth.

“Our interest in creating a Firth of Forth Green Port is underpinned by our belief in the government policy behind it to create economic zones for investment and regeneration and we are committed to supporting the development of this Green Port policy.

“The Firth of Forth, spanning from Central Scotland to the country’s east coast, is the critical engine for Scotland’s economic recovery. The creation of the Firth of Forth Green Port will encourage greater inclusive growth, fair work practices and help deliver Scotland’s net zero economy.

“We are starting to see investment and regeneration benefits since the Thames Freeport* announcement earlier this year and we believe it is as important that Scotland’s main industrial and business area sees similar benefits in a similar timescale. This would support the transition to net zero and at the same time, create good quality green industrial employment.”

*Thames Freeport was announced by the Westminster Government as one of the UK’s new Freeports in March 2021. Thames Freeport is an economic zone connecting Ford’s world-class Dagenham engine plant to the global ports at London Gateway and The Port of Tilbury, with an emphasis on introducing electric and autonomous vehicle technology along the A13 corridor into London and highlighting the role of the River Thames in a prosperous, global Britain. See the Thames Freeport website for more information.