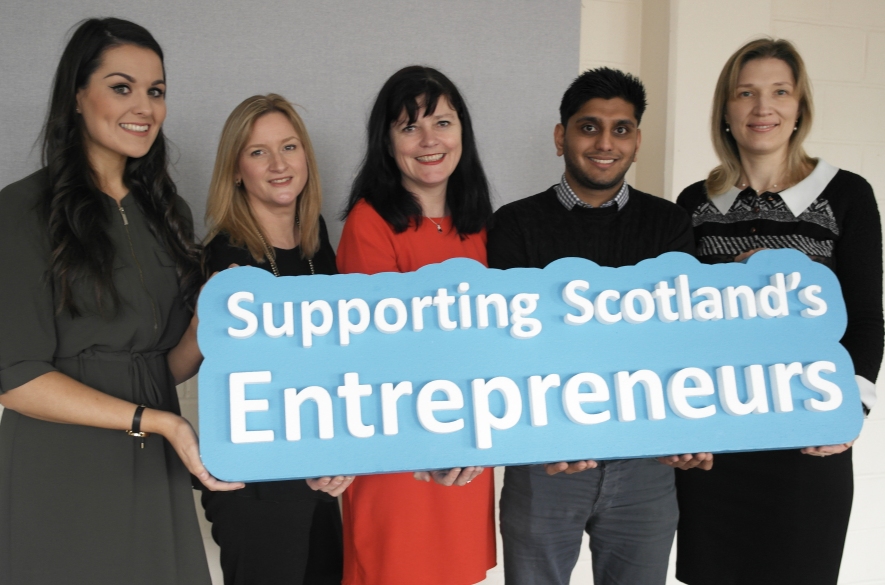 Converge Challenge is set to showcase an array of high quality applications once again, underpinning its position as the leading entrepreneurial development programme and company creation competition for Scottish universities and research institutes.

The leading academic initiative had received 211 applicants when entries closed from 19 of Scotland’s universities and research institutes, including entries for the first time from Scotland’s Rural College; the James Hutton Institute in Dundee; and the Roslin Institute, Edinburgh.

Applicants represent a range of core sectors including: the creative industries, FinTech, life sciences and food & drink, with a third of all entries focusing on the technology sector, demonstrating Scotland’s strength in this important area.

The biggest growth in applicants by sector was the creative industries, which increased from 32 submissions in 2016 to 42 in 2017 (a 31% increase). This highlights the success of the Converge Challenge Design & Creativity Award which was introduced in 2016 to encourage more participants in this sector. In 2016, the Design & Creativity award went to Dr. Alexander Enoch from University of Edinburgh with Robotical Ltd, educational robots, and has now become a permanent prize.

The company creation competition has three core categories: Converge Challenge: for those with an established idea; KickStart: for early stage ideas; and Social Enterprise: for ideas that will have a positive impact on social and environmental issues. The KickStart category had the largest increase in entrants – from 70 in 2016 to 80 in 2017 (a 14% increase). This follows a 34% increase between 2015 – 2016 signaling that Scotland has a thriving entrepreneurial community within Scottish universities and research institutes.

The success of Converge Challenge, now in its seventh year, has been cemented by an independent impact report carried out by BiGGar Economics. The report highlights that, between 2011 and 2016, the main Converge Challenge category, has provided training to 180 individuals, 69 of whom subsequently formally incorporated their businesses. Of these 69 businesses, 60 remained active in 2016, representing an overall survival rate of 87%. The report also evidenced the return on investment for the Scottish Funding Council (SFC) and partner universities that for every £1 funding to Converge Challenge, Scottish businesses have leveraged a further £7.51 in funding.

The applications will now be evaluated by an expert panel of judges to decide who will progress through to the next stage in the competition. If successful, shortlisted finalists will participate in an entrepreneurial training and development programme at Royal Bank Scotland, Gogarburn before taking to the stage to present their elevator pitches to investors on the 1 June, 2017.

New for 2017, LINC Scotland joins Converge Challenge as a new partner increasing the total prize fund to £170,000 of in cash and in kind prizes. Partners, sponsors and supporters provide a broad range of expertise and training to support entrepreneurs across all aspects of starting a business. This includes mentoring from Royal Bank of Scotland and legal advice from Morton Fraser. This year the Converge Challenge overall winner will be able to use the prize money to match a Scottish Enterprise SMART: Feasibility Award and have the opportunity to pitch on stage at EIE18 (May 2018) to key investors and stakeholders.

The winners of each of the three categories will be announced at an awards ceremony at the Glasgow Science Centre on 28th September 2017.

“We know there is a thriving entrepreneurial community within Scotland’s universities and we are delighted to have so many HEI’s represented from across the country. We look forward to supporting them. We are also encouraged that we have continued to increase the number of female applicants as this continues to be one of our core objectives.

“Now in our seventh year we are having traction in a range of sectors including the creative industries and for the first year we have applicants representing FinTech which we expect will continue to grow.

“Our recent impact report showed that there was a 97% satisfaction rate of the Converge Challenge programme, highlighting the value placed on the work carried out by the Converge team to develop and support our participants. The report demonstrates our valued contribution to the Scottish economy.”

The top 30 shortlist for each category will be announced on Monday 8 May, 2017. For more information visit: www.convergechallenge.com