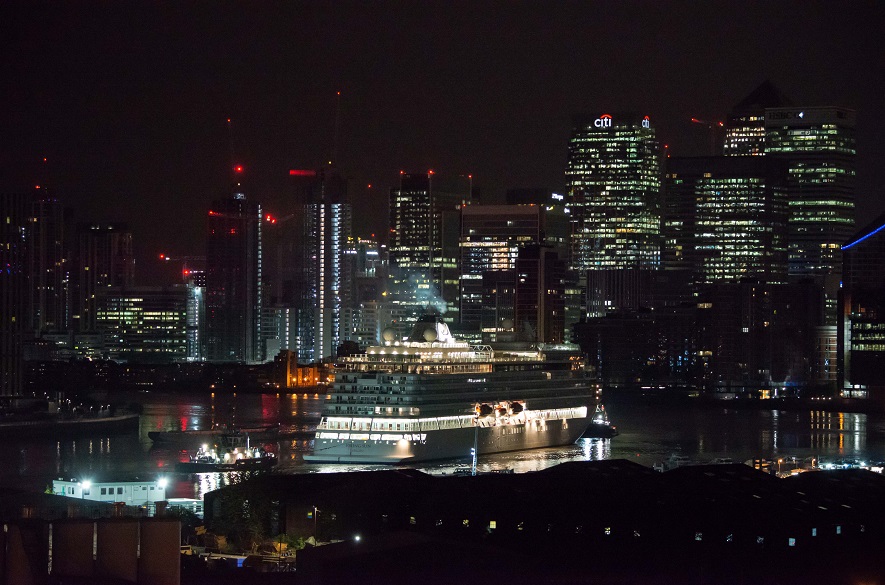 The Port of London Authority (PLA) has awarded the five-year contract for management of its Central London Cruise Moorings to a joint venture between the Port of Tilbury and MBNA Thames Clippers.

The five-year deal will see the joint venture taking over responsibility for the smooth day-to-day operations of three moorings – Greenwich Ship Tier, Tower Bridge Upper and George’s Stair Tier – on behalf of the PLA.  Last year the moorings attracted more than 20 calls from cruise ships including Viking Sea and Silver Cloud.

The joint venture brings together capabilities including 17 boats servicing over 4.1 million commuters, domestic visitors and international tourists exploring London as well as experience managing over 100,000 passengers a year through servicing cruise ship calls at Tilbury and at ports in Scotland.  The partners’ responsibilities under the contract will include ensuring management of the moorings complies with all national and international regulations, appointing and training port security officers, marketing and promoting London’s cruise facilities to potential customers, and liaising with the PLA harbour master and ships’ agents where necessary around ship calls.

“Our London cruise moorings offer passengers a rare opportunity to get right to the heart of a world city, close to UNESCO World Heritage sites, at both the Tower of London and Maritime Greenwich,” said PLA chief financial officer, Julie Tankard. “The Port of Tilbury and MBNA Thames Clippers won the contract after a close competition.  We’re excited to see how their proposals enhance the experience of cruise ship passengers visiting London.”

MBNA Thames Clippers and the Port of Tilbury’s cruise business, Capital Cruising, plan to invest in all aspects of the operation to deliver a world-class service for cruise ships and passengers visiting London.  Under the new agreement, which comes into immediate effect, MBNA Thames Clippers will handle all marine elements and transfers and Capital Cruising will look after the International Ship and Port Security (ISPS) security elements and passenger/baggage handling.

Steve Lyons, head of cruise for Capital Cruising at the Port of Tilbury, said:

“This is an exciting time for our cruise business. Over the last decade we’ve transformed the Thames offer for larger cruise ships at London International Cruise Terminal at Tilbury, which is now the home port for Cruise & Maritime Voyages.  This new agreement with the PLA allows us to bring the marketing of all London’s cruise facilities under one umbrella and to apply our cruise ship management experience to the unique facilities in central London.  Viking Sun will be the first cruise ship of the 2018 central London season, when she makes her maiden call in the capital this Friday, 4 May.”

“London is a hugely attractive tourist destination. It makes perfect sense that the Thames – one of its most-loved features – should play a central role in the visitor story.  Obviously the river has particular navigational constraints which present complexities for larger vessels, but the capital has the potential of significantly increasing cruise business.  It is our intention to harmonise and improve the customer experience to ensure London has the cruise facilities such a world-class city deserves.”

Greenwich Ship Tier is the largest facility and is central London’s deep water mooring. It is able to accommodate vessels up to 228 metres in length (draft 8.1 metres). Situated five miles downstream from Tower Bridge, it is close by the Old Royal Naval College and in sight of the Cutty Sark. Vessels moored here are serviced through the world’s first floating cruise terminal, the PLA’s Welcome.

George’s Stair Tier is situated 1.5 cables downstream from Tower Bridge. It can cater for vessels up to 120 metres in length (draft 2 metres), making it perfect for super yachts.