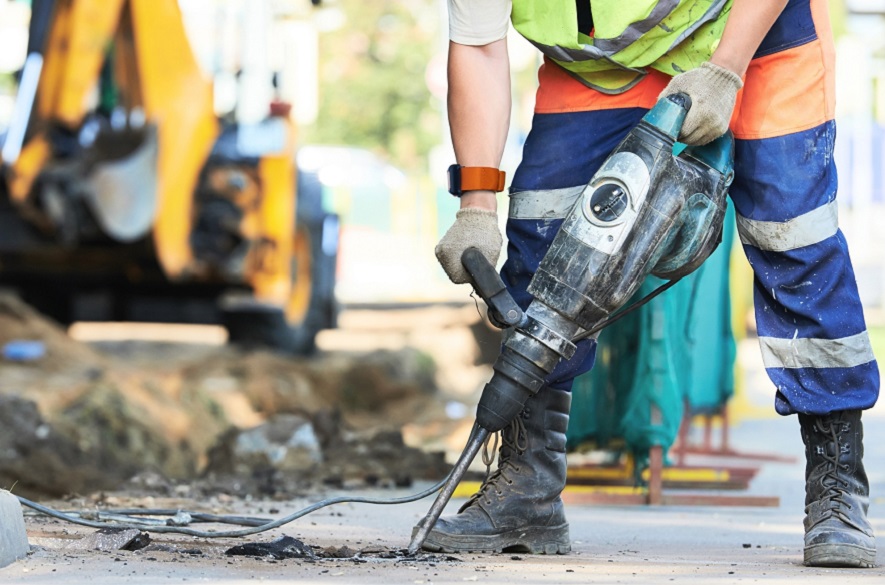 Reactec, the award-winning UK-based market leader in monitoring and management platforms for exposure to Hand Arm Vibration (HAV) from power tool use, has teamed up with JEA Tech to distribute HAVwear* in Australia for the first time.

Established in 2003, JEA is a leading industry supplier of hardware technology in Australia and New Zealand with a focus on leading edge technology to meet industry needs. JEA’s clients come from many levels of Australian industry from agriculture, rail, mining, construction, infrastructure, defence and manufacturing.

In 2016, JEA began looking for a leading edge technical solution to Hand Arm Vibration, a known but unmonitored health issue within Australia. After extensive research JEA identified Reactec’s offerings as innovative and yet uniquely practical for monitoring HAV exposure. Hand Arm Vibration Syndrome (HAVS) was locally known as ‘jack hammer hands’ or ‘white finger’ and often misdiagnosed as carpel tunnel syndrome. HAVS is part of Safework Australia Guide Lines where the UK’s HSE stance is referenced.

Safework Australia data shows that since 2009 $134million has been paid in compensation due to HAVS. With over AUD$30Bill of National & State infrastructure projects over the next 10–15 years to lose skilled trained staff to a preventable yet incurable long-term injury is not an option.

Craig Kinder, from JEA Tech Australia said: “It’s great for us at JEA Technologies to distribute and support Reactec HAVwear technology nationally in Australia. There is growing interest in the availability of HAVwear from the forestry, construction, rail and mining sectors. Now companies in Australia can use the HAVwear wearable device, access real time analytics and on site mobile app which gives management the ability to minimise and manage the exposure from the power tools used on the job.”

Jacqui McLaughlin, Chief Executive of Reactec said: “We are excited about our partnership with JEA Tech who are a respected innovative technology supplier in Australia. We see lots of opportunity for our award-winning HAVwear in this market. All the team at Reactec work hard to promote the awareness of HAVS – there is no cure for HAVS but it is entirely preventable. HAVS not only affects people physically but it can also be mentally debilitating causing anxiety, stress and fatigue that, if not dealt with, can remain with sufferers for a lifetime.”

*Launched in 2016, HAVwear is a wearable wrist device that monitors in real time an individual’s exposure to vibration when using power tools. Reactec’s analytical platform provides cloud-based reporting which allows dynamic risk assessment and exposure reduction. HAVwear has enjoyed significant sales since its launch and is in use by a number of leading companies in the UK, including British Airways, Murphy Group, Morgan Sindall Balfour Beatty, the Environment Agency, Siemens and Babcock. HAVwear was recently independently tested (March 2018) in a study by the Institute of Occupational Medicine (IOM). The study is significant for Reactec as it validated the data from the HAVwear system. To read and download the full report please go to: www.reactec.com/iom_report