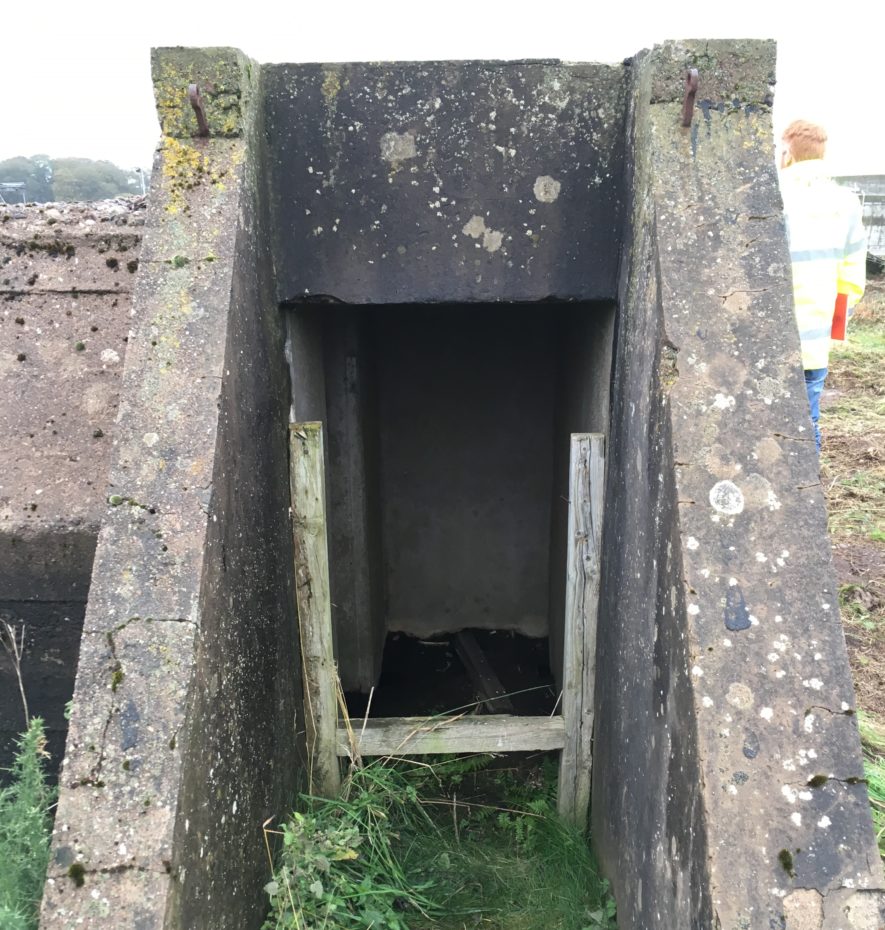 Absolute Solar and Wind is working with Scottish Water to install one of its largest solar panel projects to date, at a waste water treatment plant in Montrose.

The project will offset around a fifth of the works’ energy consumption, generating around 240,000 kWh a year, that’s enough to boil a kettle over 1.5 million times.

The area could have presented some potentially dangerous challenges including munitions and radioactive waste dating back to World War 2. However the team carried out precautionary measures including detailed scanning of the site, to help identify any potential munitions, pile driving posts circa 1.6m into the ground.

At the early stages of the installation, when cutting back some shrubbery a preserved air raid shelter from World War 2 was discovered. The shelter was part of the former RAF Montrose site.

“Absolute Solar and Wind prides itself as a leading energy efficiency company, and it has not compromised on quality for Scottish Water’s Montrose site. The high grade panels, inverters and mounting systems maintain a competitive price for the client. Absolute is confident the system to be a top performer in the Scottish Water fleet of solar installs.”

“Thankfully nothing hazardous was uncovered which meant we were able to carry on with the work.  However once we’d cleared the land, we made the unexpected discovery of a WW2 air raid shelter.  Although an interesting find, it did mean we have to alter our plans slightly to fit round it.

The treatment works also sits on part of what was RAF Montrose which is said to be haunted by the ghost of Lieutenant Desmond Arthur, a pilot who crashed there in 1913. There have been many sightings of him over the years, but luckily none of our contractors had any paranormal experiences! Ghosts aside, the installation went without a hitch, and the team were careful to work around the operational needs of the site, meaning we were able to work without interruption. We collaborated closely with teams across Scottish Water to ensure the finished solar panels looked really smart. The site is visible to the public, so it was important that the visual impact of the scheme was taken into consideration.”

The team are actively looking for new Scottish Water sites which could benefit from similar schemes (one is already set up nearby in Brechin) to help offset high energy use and reduce operational costs.