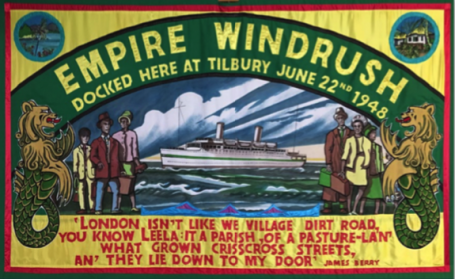 On the 22 June, the Tilbury on the Thames Trust in partnership with Port of Tilbury usually hold a celebration in the London Cruise Terminal to mark national Windrush Day where 72 years ago, the port played a significant role for the Windrush generation as their arrival point into the UK from their long voyages. This year, the COVID-19 restrictions mean that no events can take place, but both the Tilbury on the Thames Trust and the port wanted to mark the day.

A short video has been created that celebrates the contribution – to the NHS especially – of the Windrush generation and the role of the Port of Tilbury in their arrival in the UK aboard the Empire Windrush into Tilbury 72 years ago on 22nd June 1948.

Commenting on Windrush Day, Stuart Wallace, Chair of Tilbury on the Thames Trust and Chief Operating Officer at Forth Ports said: “We are proud of the part the Port of Tilbury played when the SS Empire Windrush arrived in our port 72 years ago. It is so important to remember the positive impact the Windrush generation played then and now in our local and national culture as well as the role in the beginning of our much-valued NHS which also celebrates its 72nd anniversary this year.

At the port we will continue to hold events and create educational opportunities for the community for Windrush Day. Although we cannot have a celebration together today as we usually do, we hope we can gather for Windrush Day 2021 here at the port where it all began.”

Thurrock MP Jackie Doyle Price said: “Tilbury is at the heart of Britain’s maritime heritage. On June 22nd we celebrate the arrival of the Empire Windrush, a landmark event in our nation’s story. In this year as we fight the COVID-19 epidemic, we remember that the Windrush arrived in the same year that the NHS was born and that throughout its history migrant workers have played a massive contribution to our health service. Thank you to all our key workers for keeping our country going throughout lockdown.  And thank you to the Windrush generation who have contributed so much to our nation and its culture.”

Thurrock is proud of its connections with the Empire Windrush. A major celebration was held at the Port of Tilbury in 2018 to mark the 70th Anniversary of its arrival. A summer carnival was held in Tilbury on 20 July 2019 inspired by the local heritage of the area and the role of Tilbury with the Empire Windrush, as well as drawing on the style of the Notting Hill carnival. The project engaged with the local schools and residents of Tilbury, in a programme of educational workshops.

Watch the video below.  (Credit: The Port of Tilbury)